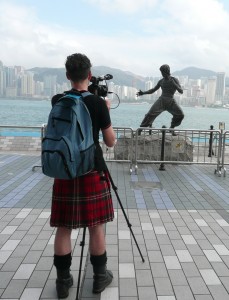 “The Story of Film: An Odyssey” is charismatic critic, programmer and filmmaker Mark Cousins’ avaricious attempt to explain the history of international cinema—to us? To himself?—in a mere 915 minutes.

Fifteen hours. Fifteen minutes. Yikes. While a product of British television commissioning via Channel 4, “The Story of Film” arrives in the U.S., courtesy of Music Box Films, as a Saturday and Sunday afternoon serial, beginning this weekend and continuing in seven shows through November. It’s a little eccentric and delves into the poetic, in a school with but much longer than Scorsese’s excursions into documentaries chockful of personal associations, like “A Personal Journey With Martin Scorsese Through American Movies” and “My Voyage to Italy.”

“The Story of Film” has a cliffhanger, too, if you want to believe the magical spate of cinema-is-so-fucking-over articles that have nestled into the hammock of weeks between the Toronto International Film Festival and the New York Film Festival. The celebrants include Andrew O’Hehir of Salon and David Thomson in the New Republic, and oh, David Denby’s been tub-thumping for his new book that surmises the same. Is world “cinema” in a death spiral? Are movies as a communal activity not long for this world?

“As the movies are dying, you can choose to ignore the awkward stink,” Thomson’s extended elegy counsels. “Cinephiles watch Turner Classic Movies and subscribe to Netflix. They swear by Criterion. They may be within reach of a film museum, and even a repertory house. They go to silent screen festivals, and revel in the club­like mood of their packed houses. Cinephiles have their rows of DVDs, and we can watch our best Blu­Rays of the golden oldies, and nod in agreement to the admission in Ozu’s ‘Tokyo Story’ that ‘life is disappointing, isn’t it?'” O’Hehir admits he doesn’t know what’s to come: “As perverse as this sounds, we’re arguably in a new golden age for global cinema, at least in aesthetic terms. With the cost of making a professional-looking movie dropping ever closer to zero, aspiring directors and ambitious new films are emerging from all corners of the globe and all sectors of society.” And Denby, excerpted at TNR instead of his biweekly New Yorker sinecure, asks if Hollywood has “murdered” the movies, and of the three, comes across as the least well-informed, the least curious, the most distanced and aloof. “Aimed at Bangkok and Bangalore as much as at Bangor, our big movies have been defoliated of character, wit, psychology, local color,” he writes, then exhibiting examples of a handful of movies from the scattered past. It’s more the “story of film critics growing gray.” (I prefer this random passage that crossed my desk this week, from the autumn 1964 Sight and Sound, where then-editor Penelope Houston mused, “Hollywood’s strength used to be its ignorance. It simply did not know or care what was going on elsewhere, and its own invincible professionalism armored it against all challenges…”) 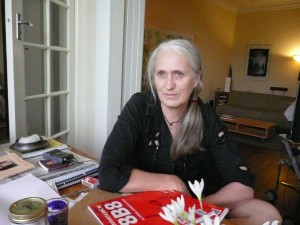 Cousins stands in friendly opposition to these anti-panegyrics that are all fussy with blatt and roar. Calm, generous, kind with extended clips and interviews with an eclectic range of filmmakers and other figures, Cousins crosses the world while asserting in a sussurant tone that’s more murmur than whisper. (Bertolucci, Bachchan, Campion, Von Trier, Panahi, Kaul, Yuen Woo Ping, Wexler, Donen, Loach, Sayles, Burnett, Schrader, Chahine, Kiarostami, Sokurov, Denis, Wenders, Towne, Tsukamoto, Luhrmann…) On a more expansive scale than the plethora of “visual essays” online that have no truck with fair use or copyright, Cousins can do things like cut from the dolly in-track out combination of camera moves from “Jaws” to its source, the same device used in “Vertigo,” or to cut from Denis Lavant and Juliette Binoche dancing to Public Enemy in “Lovers on the Bridge” to “An American in Paris,” modern dance on set-bound but set-free Paris both. “Romantic ecstasy… and agony,” Cousins coos in his gentle burr. It’s sometimes ragged and some historical assumptions could weather challenge, but it’s film criticism as conspiracy, of shared sensation and understanding. And it’s certainly more accessible in its banter-ish fashion than the gravelly incantations and grainy superimpositions of Godard’s epic act of will, “Histoire(s) du cinema” (now on U.S. DVD).

“The Story of Film” is also an experiment in exhibition, which would have been prohibitively expensive to show on celluloid, with a print for a fifteen-hour film costing in the tens of thousands (as opposed to theatrically mastered BluRays or the DCP package on which most movies are exhibited now, in the waning days of 35mm exhibition). There are also questions about “fair use”: clearing the rights for all these passages outside of a British television license would also be a stern expense. I golloped “The Story of Film” in two long lashings, digesting Cousins’ general intelligence as well as his keen, even lightly fetishistic appreciation of the lyrical and hypnotic qualities of moviemaking. It took me a weekend—at the Music Box, it’ll take six—but it turns out to be a more kindly, “life of cinema” meditation than the deathly patter being rehearsed in print these days. “Cinema is such a great common language, in which joy and longing can almost universally be expressed and celebrated”: Yes.

“The Story of Film” starts this weekend and continues weekends through November. A sped-up glimpse is below. Cousins answers questions from the audience at the Walker Art Center here.