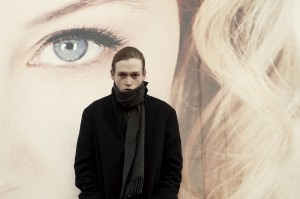 A multitude of movies at the second week of the Chicago International Film Festival’s forty-eighth installment at the River East wave a big, bold middle finger at the cacophony of elder critics who’ve been declaring the death of their cinema for the past couple of months. From Bill and Turner Ross, who made the splendid portrait of their Ohio hometown, “45365,” comes a city symphony of New Orleans, “Tchoupitoulas,” produced by members of the collective behind “Beasts of the Southern Wild.” Equally humid but more arid is one of several new films by SAIC graduate Apichatpong Weerasethakul is “Mekong Hotel,” where polite ghosts are hungry for brains. Obstinate Mexican visualist-cum-spiritual seeker Carlos Reygadas took home Cannes’ best director nod for  “Post Tenebras Lux,” another languorous, lush look at landscape and climate.

The new After Dark competitive section impresses with its quotient of groan-and-gore; as I’m on its jury, so I’ll just point toward a couple including Brandon Cronenberg’s post-Ballard, post-my-dad “Antiviral,” a futuristic fable about trafficking in the diseases of celebrities; the portmanteau of micro-films “The ABCs of Death,” with one letter of the alphabet assigned to one director and “In Their Skin,” Jeremy Power Regimbal’s pessimistic take on city slickers adrift in the countryside. Dark, too, is Rodney Ascher’s doc, “Room 237,” a miasma of musings (not truly theories) about what can be read into the minutest particulars of Stanley Kubrick’s “The Shining.” Ascher makes an apt choice not to show his speakers, and their far-fetched interpretations, incorporating everything from genocide of Native Americans to faking the moon landing to images of the Holocaust merge in one rumble of the post-internet hive mind.

The witty and wise Dustin Hoffman makes his directorial debut at the age of seventy-five with “Quartet,” a comedy about elderly opera singers and their unstaunched rivalries. A much younger director, Terence Nance, throws the baby into the bathwater with “An Oversimplification of Her Beauty,” a lunging, pulsing invocation of love in modern Brooklyn that sups mightily from the fount of Charlie Kaufman. 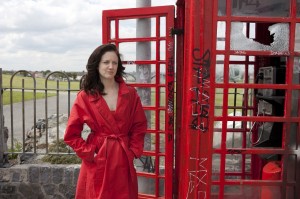 Two movies that succeed on sleek mood and sophisticated indirection are Antonio Campos’ “Simon Killer,” channeling the frustration of a young American man adrift in Paris and predisposed to violence after a crime scheme leads to his own beatdown and a possible breakdown. The score functions as a dark pulse to the wrongs he’s about to commit; the neon night holds a harsh bloom. James Marsh’s “Shadow Dancer” is a period thriller about IRA double agents, and Hitchcockian plot turns, stylish understatement in mood and a fine performance by Clive Owen as a rumpled British spy in a smoke-stained office that’s trumped by Andrea Riseborough’s thrilling, skin-tingling presence as the spy who shouldn’t have to be.

And, footnoting “Footnote”: On Monday, October 22, after a screening of his tragicomic family tale “Footnote,” I’ll be conducting a conversation with Israeli director Joseph Cedar. (Ray Pride)