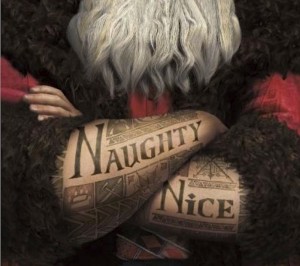 Kids face a crisis of faith in “Rise of the Guardians,” a beautifully detailed and thoughtful  3D adventure from DreamWorks Animation. Faith matters. Around the world for the past three centuries, the imaginations of children, nurtured by parents and picture books and PG-rated films, maintain North, AKA Santa (voiced by Alec Baldwin), Easter Bunny (Hugh Jackman), Tooth Fairy (Isla Fisher), the voiceless Sandman and the bogeyman who goes by Pitch, the King of Nightmares (Jude Law), who put presents under Christmas trees, hide painted eggs at Easter, swap coins for teeth under pillows, bring sweet dreams, and inflict nightmares, respectively. Jack Frost (Chris Pine) is a new recruit to the Guardians of Childhood, as the aforementioned pantheon (minus its nemesis Pitch) is called. In the opening scene, Jack swims to the surface of an icy pond. The moon is his beacon. It turns him eternal and invisible. His new magic staff lets him fly about, freeze water, raise winds and cause precipitation. He bestows “snow days” on school kids. Jack will share issues with Jamie (Dakota Goyo), an all-American mortal. (Their moms are all voiced by the same actress.) Together, they deal with belief and unbelief. Jack and the other imaginary beings are in jeopardy when the Globe of Belief, a GPS points-of-light counter of believers, identifies Jamie as the very last one on the planet. “Rise of the Guardians” takes its mythology more seriously than the recent films: the contemporary “The Tooth Fairy” and “The Santa Clause 2″ and “Clash of the Titans” and “Wrath of the Titans,” set in pre-Christian antiquity. Director Peter Ramsey and screenwriter David Lindsay-Abaire (“Rabbit Hole”), adapting a picture-book series by executive producer William Joyce, might have made a Christian parable. Jack implores the Man in the Moon, who “chose” him and the other Guardians: “You put me here. The least you can do is tell me why.” Jamie, in turn, pleads for “Just a little sign so I know” when the Easter Bunny and the Tooth Fairy seem to forsake him. So Jack frosts the boy’s window at bedtime and draws an Easter egg and the Easter Bunny. It’s like Gideon getting the two signs God made with dew in the Old Testament. Pitch is like Satan, a sower of fear. Poisoned with envy, he must hide under the beds of kids delighted by the dreams from the Sandman. When the census of believing children increases, Tooth Fairy recuperates. “How are you feeling?” she’s asked. “Believed in.” She can speak for everyone on the screen. There is no disclaimer at the end of the film to deny their resemblance to real beings. Executive producer Guillermo Del Toro contributed to creature designs. With Khamani Griffin, Kamil McFadden, Georgie Grieve, Emily Nordwind. 89m. (Bill Stamets)
“Rise of the Guardians” opens Wednesday.
Ray Pride