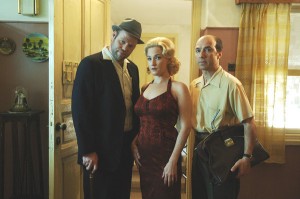 Avi Nesher’s handsome, eccentric “The Matchmaker” (Once I Was) is an unsentimental, wide-eyed celebration of 1960s Haifa, Israel, with the present yet to come, and equally distant and seldom-spoken, the past of a generation of Holocaust survivors. Set in 1968 after the Six-Day War, it’s a rich and bustling tapestry of human motives high and low, with a devoted Romanian matchmaker and his teen acolyte at its center. At its best, it nears the level of fable. With Adir Miller and Maya Dagan, who won Best Actor and Best Actress Awards of the Israeli Film Academy. Philippe Sarde’s score is a fine accompaniment to the sense of embellished memory. 112m. 35mm. (Ray Pride)

“The Matchmaker” opens Friday at Siskel and Wilmette.