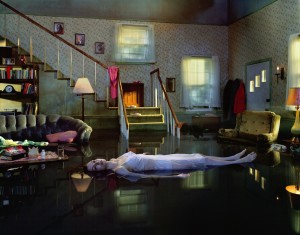 The first films I saw at Sundance 2013 started on a political note, and the list of nonfiction entries to come look to be even more charged.

Two documentaries made a schizophrenic double feature, starting with the tender, melancholy yet emphatic observational doc, Martha Shane and Lana Wilson’s “After Tiller,” which follows the work done by the last four doctors who perform third-trimester abortions in this country, all who knew or worked with murdered doctor George Tiller, who was gunned down in a Kansas church in 2009. In its quiet way, it’s an advocacy doc to uphold the law of the land: despite a crazy quilt of state regulations, what they do is legal under federal law.

But that was counterbalanced by a reckless, infuriating piece of work for Showtime, “The World According to Dick Cheney,” a credulous, near-hagiography of the former vice president’s decades-long political scheming and proud lying. Built around four days of interviews, “Cheney,” in this incarnation—the filmmakers say they have the out-of-DVD extras for the historical record—is told from his point-of-view, and the first hour, narrated by Dennis Haysbert, suggests that Cheney’s entire life was willed, as if a fated life narrative were unfolding before us. Cheney is decisive. Cheney rises above being thrown out of Yale and multiple drunk-driving arrests to become Cheney. The film is fixed on the force of his crude personality and drive to power. The cut-rate melodramatic score is most pronounced during Cheney’s braggadocio about 9/11, and accompanied by a grab bag of archival footage, endorses his perspective, whether intentionally or not. It turns quickly into “Zero Dick Thirty.” “The World Of Cheney” is also reprehensible in its innocuousness. While there are terse sound bites from journalists (all of whom are lit to look as geeky as possible), the key interview, done by the filmmakers, is on the level of David Gregory or Oprah, with as many follow-up questions as on a Sunday morning conventional wisdom show. It’s even weaker tea than when those TV interlocutors steep in the proximity of power or vast wealth. (Coincidentally, the film premiered at the same time Oprah’s suddenly visible cable channel offered Lance Armstrong and Oprah a chance to pule over his lost endorsement decamillions.) No mention of his military record, no mention of the Halliburton financial deal that enriched him even into the vice-presidential mansion. All you’re left with is unique access. Four hours of my time to broker platitudes about a lifetime of being closed-off and controlling: what will you do for me, Showtime?

Chicago’s got a better range of nonfiction to choose from than that schizophrenic pairing, as it does in almost any week throughout the year. Even more so in January, when the Siskel Film Center presents its “Stranger Than Fiction” documentary series: this week brings three exemplary examples of ways to approach nonfiction. Peter Mettler’s “The End of Time” continues the Canadian filmmaker and cinematographer’s career of voluptuous experimental features about consciousness itself. (Earlier films include the epic “Gambling, Gods, & LSD,” 2002.) Traveling around the world, from the CERN particle accelerator in Switzerland to Hindu rituals in India to a decaying Detroit, to his home in Toronto, Mettler looks for images to suggest how we ask the wrong questions of what he calls “the puzzle of time,” which he could answer only through images and sound. He looks, he listens, and Mettler may even be a kind of visionary.

No less a river of time flows through Peter Nicks’ “The Waiting Room,” an observational documentary shot across five months in 2010, about an emergency care facility in Oakland, California, where many of the patients are uninsured. No commentary or voiceover is offered. No polemic is pronounced. Shortlisted for the 2012 Best Documentary Oscar, its portraits of suffering, heroic effort and institutional indignity are among the most galvanizing moments I’ve witnessed in a film in months. And how Nicks chooses to end the film, finding a way to picture the rivers of suffering and human dimension, is a simple, poignant, ideal way to visualize the endless flow: of humanity and inhumanity.

In Ben Shapiro’s “Gregory Crewdson: Brief Encounters,” the filmmakers demystify the estheticizing of nightmares in the tableau work of Crewdson, a fine arts photographer who works with crews at the scale of feature film production. “The whole process of making art is an act of faith in a way,” Crewdson’s voiceover runs as the bearish, longhaired photographer saunters past a semi-trailer full of equipment. But as the film demonstrates, there’s a “this kind of preoccupation with trying to make something perfect.” Crewdson works with the same kinds of materials as filmmakers like David Lynch, but in a single dream landscape. Still, that desire to transform the stuff of experience into new ways of seeing, listening, and remaining hopeful? There’s almost more than enough good work going on in nonfiction film for any professional, filmmaker, critic or programmer to stay on top of it. Still, these three are visions of life.