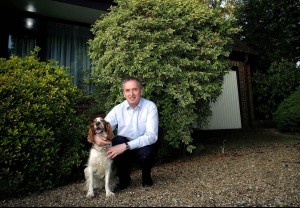 Michael Apted’s “56 Up,” worn with familiarity with its fine footage, is not the marvel that the entire decades-long enterprise has been—a film crew dipping into the lives of a small number of children every seven years from the age of seven into what is now middle age—and a recent acquaintance with “49 Up” would show that much of this 138-minute installment relies on the strength and elemental beauty of earlier editions. Anyone who has not seen the earlier work: prepare to be gently astonished. I’m still partial to the pre-settling of “49 Up,” which remains one of the great documentaries. “I figured out that when we do ’84,’ I’ll be 99,” Apted, who turns 72 this week, recently said. At this point, however, for someone familiar with the successive films, the series is almost as much fun to read about in features and Apted interviews as it is to watch. 138m. (Ray Pride)

“56 Up” is now playing at the Music Box. A trailer is below.