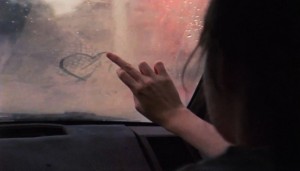 Over the weekend, Steven Soderbergh offered the annual keynote address at the San Francisco International Film Festival, opining far and wide on the state of the film industry as he continues to proclaim his retirement from theatrically released features. But he made this proviso: no recording, no photographs, no iPhone videos, no Instagram, no online, no streaming. (Reportedly, SFIFF recorded it for some future release.) “If you’re not here today, you are missing out. This is a one-of-a-kind event, it will not be recorded. It will not be put online,” fest boss Ted Hope said. A few epigrammatic bits escaped via Twitter (and Sundance Festival worker Joseph Beyer), including “Is there a difference between cinema and movies? If I ran Team America, I’d say ‘Fuck yeah'”; “Cinema is something that is made, movies are seen”; “Cinema is a specificity of vision. It’s as unique as a fingerprint. If it’s done well, you know exactly who made it,” and “If I were running a studio, I’d get a Shane Carruth, a Barry Jenkins and an Amy Seimetz and ask ‘What do you wanna make?'” Amy Seimetz, who is the female lead in Shane Carruth’s “Upstream Color,” and was in Jenkins’ fine “Medicine for Melancholy” is also the writer-director of “Sun Don’t Shine,” and even if Soderbergh Studios’ largess has not yet arrived, she’s a gifted filmmaker through and through, and lives up to the first two epigrammatic stretches as well. A gem of concision and dreaminess, of dread and threat, her Central Florida neo-noir is one of the most fluid, fluent and tactile features released this year. Kate Lyn Sheil and Kentucker Audley are the couple—as couples must be—on the run and their performances have the understated grace of Seimetz’s amid the fury of “Upstream Color.” The human mystery has nuance in every live and transaction, but Seimetz manages to work through and beyond the often-limited nuance of the murder drama, and find further portent in the relentless freakishness that is Florida. There’s a joyful dank in almost every moment, in all its swampy glory and prickly paranoia. “Sun Don’t Shine” is like a slow long freight train you hear in the distance on a semi-sleepless summer night; it never comes closer, it never goes farther, it does not end, the sound does not end. As a debut feature, I only want to say quietly, not tipping this beautiful gem’s turns, even in a whisper, “I think there’s greatness here.” Edited by David Lowery, who co-edited “Upstream Color” and directed the forthcoming minimal yet magisterial crime drama “Ain’t Them Bodies Saints.” With A.J. Bowen, Kit Gwin, Mark Reeb.  83m. (Ray Pride)

“Sun Don’t Shine” opens Friday at Siskel. A trailer is below.