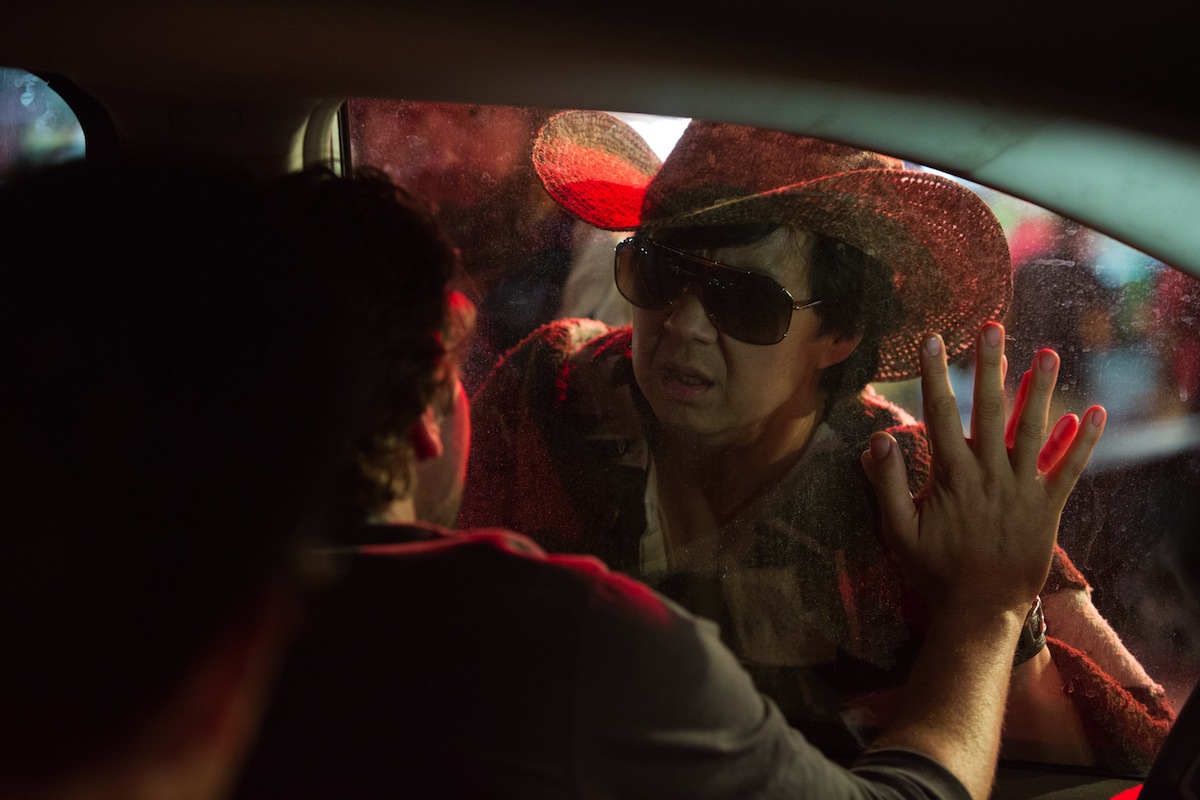 I like what veteran screenwriter Larry Gross has said on multiple occasions about the script for “The Hangover”: each scene in Jon Lucas and Scott Moore’s script is in a logical succession, without attempting to top-top-topper those preceding. The simplicity is its existential horror. Plus: the inspired cleverness of the pack of pictures at the end that explain each and every missing element, making the entire movie flash through your mind, newly illuminated. What is a “Hangover” movie? Probably not “The Hangover Part III.” While the now-familiar characters get their lives scrambled, the chronology is straight-ahead and a desultory caper plot unwinds with undue deliberation in this latest “Todd Phillips Movie”: it’s the single-note fixations of the “Wolf Pack” from start to finish. Money means everything. It’s the kind of life you’d dream on a diet of Skittles and Jagermeister and Dos Equis. Phillips and his actors (Zach Galifianakis, Bradley Cooper, Ed Helms and the all-but-invisible Justin Bartha) have taken on the freedom to free-disassociate from the success of the previous two features. But it’s only wan nonsense with intermittent animal cruelty and lots of lunar Galifianakis. “C’mon, he killed a giraffe, who gives a fuck?” is funny only when you’re aghast at how one-note loathsome a character can be. See under: Bradley Cooper. Most every line Cooper spits has some variation on fuck-fuck-fucking within it. Aiming for cheeky, “The Hangover Part III” settles for malign. The sweetest cheeky timing comes when Ken Jeong’s Chow says “Give us some sugar” to Galifianakis on a Tijuana bus bench and Galifianakis gives him some on his cheek. In snakeskin cowboy hat and big dark sunglasses, Jeong looks the perfect copy of late-era Michael Cimino. His crisp, seething malice goes beyond the racial caricature: he’s just a well-pleased maniac. There is one moment of inspired reaction: as a pawnshop clerk with her own issues, Melissa McCarthy’s riffling, ribald visible chill as Galifianakis snakes a wrapper off a cherry lolly. That’s performance. That’s charisma. Then again, Chow aloft in the center of Las Vegas on a body parachute after leaping from a Caesars Palace balcony, shouting “I love cocaine!” has a viable truth to it. Phillips ought to go full noir now that the opening of this “comedy” tumbled downward, to turn his vaunted willfulness into a more existential intransigence. Face the fates and fight them, Todd. The look and feel of this movie out-John Dahls John Dahl already: the frames and light of Sher’s cinematography deserve more than a merely fallen world. With John Goodman, meh. 100m. Widescreen. (Ray Pride)