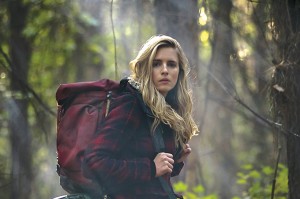 Co-produced by Ridley Scott, Zal Batmanglij’s “The East” is a slimmer, trimmer rendition of some of the subjects that his late, younger brother Tony fixed on in movies like “Spy Game,” “Domino” and “Enemy of the State.”

Batmanglij and his cinematographer Roman Vasyanov (“Hipsters,” “End of Watch”) resist the characteristic, painterly visual blasts of Scott, but the film shares thematic elements of how technology permeates modern professions, and how covert behavior ironically blooms in our surveillance state. The young writer-director’s confident storytelling also partakes, usefully, of the paranoia that just enough 1970s American movies steeped in, especially the “paranoia trilogy” of director Alan J. Pakula (and cinematographer Gordon Willis), “Klute,” “The Parallax View” and “All The President’s Men.” Daylight. Simple settings. Sudden light when there’s darkness. The hunter becoming the hunted. The constant need to keep watch over one’s shoulder.

Writing his second feature with Brit Marling (who also co-wrote his debut, “Sound Of My Voice,” 2011), Batmanglij grafts elements of the espionage drama with the fairytale, laced with generous sprinklings of fact-based research. Sarah Moss (Marling) works for a corporate intelligence firm, its boundaries with the government and law enforcement blurred according to its assignment. Sarah’s assignment is to infiltrate a group of young radicals calling themselves “The East,” who are more bent on causing harm than real-life contemporary protesters. While the screenplay is admirable for its drawn-from-life detailing and sustained ire, the “jams” performed by the group are more rich-kid-wronged movie fantasy than real-world politics.

And, Sarah, a la Jason Bourne, has talents that reveal themselves quietly: she’s an understated supergirl, such as knowing ASL (American Sign Language) out of the blue, being both a tumbler listener and an adept lockpick when needed. Her entry to her deep-cover assignment and her introduction to the longhaired leader of the group, Benji (Alexander Skarsgård) also sups at fairytale: Beast meets Beauty in a glade deep in torchlit woods that could have been drawn from the lush backdrops of paintings by Dante Gabriel Rossetti. There are exaggerations that differ from real-life, as a feature-length film often has: the powerful, twisted, wronged rich kid is a ready filmic figure, as is the operative who tumbles into her own version of Stockholm syndrome. (Naming a character “Ayers” comes closer to linking these contemporary fictional foundlings to the actions of 1960s radicals like the Weather Underground.)

Still, for a studio-released film to be conversant with contemporary politics, and to be far less glib than, say, the garbled demands of Bane in “The Dark Knight Rises,” is admirable in itself. (After writing the first draft, the BP Deepwater Horizon oil spill happened, events of the Arab Spring were in the air and the first bursts of the Occupy movement in Manhattan’s Zuccotti Park erupted as they began preproduction.)

The story’s genesis came earlier, out of experiences she and Batmanglij shared on a cross-country summer trip as well as vague feelings of dissatisfaction about consumerism and contradictions in living modern life. “We discovered anarchist and freegan collectives all over the country and lived with some of them for a while,” Marling has written. “We got to know people who had interesting ideas about how you might live your life—learn to grow your own food, to fix your own car, to defend yourself, to live in small communities, share things with each other, teach each other how to become radically autonomous beings again. We weren’t thinking at the time that a movie would come out of the experience. We were just living our lives and the story gradually began to take shape.” From those idealistic moments grew the germ of the intrigue, the unsympathetic acts and ideals of the members of The East.

“We are the East, we are your wakeup call” summons “Anonymous,” which includes these words in its statements: “We are Anonymous. We are Legion. We are Everywhere. We do not Forgive. We do not Forget. Expect us.” So, are the filmmakers riding on the headlines or have they gone deeper with a character like Sarah who can ask another, “Why is it that righteousness goes hand-in-hand with resistance movements,” even as she becomes more emotionally involved?

Sarah’s cover story is that she’s working in Dubai even when she’s somewhere in the Deep South, but as her complications increase, tells her boyfriend the work is making her feel like her life is a foreign country. At home she says, “I come to this country and it feels foreign again.”

“I think that line is an important line in locating her,” Marling told me recently, “because you’ve spent all this time with Sarah in deep cover, so you don’t really have access to her inner thinking and feeling because she’s lying all the time! But I think in that moment with her boyfriend there, she’s being as honest as she can be about the emotional turbulence.”

“She’s keeping her cover and outing herself at the same time,” Marling continues, as he adds, “They have this acknowledged thing between them—” “Don’t ask. Don’t tell,” Marling says, quietly.