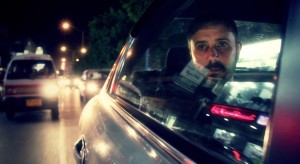 Movies are seldom more topical than the gripping, darkly thrilling “Dirty Wars” in the week after NSA mercenary Edward Snowden’s leaking of key information about how the United States tracks the movements of all its citizens through compulsive, convulsive hoarding of data. But based on what’s onscreen, it’s likely “Dirty Wars” will never become not topical. Director Richard Rowley follows veteran investigative journalist Jeremy Scahill (“Blackwater: The Rise of the World’s Most Powerful Mercenary Army”) on the trail of leads about our clandestine wars in the name of the greater War On Terror, shooting with economy and style. The overt subject is the activities of the Joint Special Operations Command, or JSOC, and how their thousands of raids around the world fit into the never-to-end war without borders or boundaries. As the filmmakers travel to Yemen, Somalia and Afghanistan, “Dirty Wars” never lets the pace slacken, growing into one punchy, hard-hitting slab of nonfiction, resembling a classic paranoiac political thriller as much as standard documentary. “Looking back at everything Rick and I witnessed over the years of filming this movie,” Scahill has written, “it is amazing how much of the actual story of JSOC—and the covert wars they fight, in secret, across the globe—remains totally hidden from the public.” Working with small cameras like the Canon 5D, “Dirty Wars” has a strikingly gorgeous, gloomy visual palette. Sound is an effective component as well, including a drone-based score by Kronos Quartet that’s complemented by music from Godspeed You! Black Emperor. 87m. (Ray Pride)