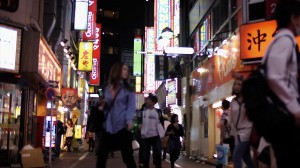 A one-sided advocacy documentary, the slick, overbearing CNN-bound, Microsoft billionaire-financed “Pandora’s Promise” attempts to build a case for nuclear power to save the planet: it’s infuriating stuff if you’re even vaguely acquainted with its suppositions and allegations about environmentalists, radiation, nuclear waste and nuclear war. A provocative, more convincing argument is made at the Nation by Mark Hertsgaard and Terry Tempest Williams, a more edifying read than the entirety of Robert Stone’s screed. Stone (“Earth Days”) builds his film around five people who advocate nuclear energy for being the most “green” approach to an overpopulated planet’s needs, but salts it with assertions like the radiation from the meltdown at Chernobyl only affecting the lives of the first responders on site. Cancer? Nah. Forget about it. It’s one prickly needle in a haystack of them. Could a case be made for Stone’s thesis? Probably, but he hasn’t made the argument in this galling fistful of agit-pap. With Stewart Brand, Gwyneth Cravens, Richard Rhodes, Michael Shellenberger. 87m. (Ray Pride)