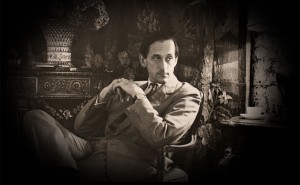 Stage director and raconteur André Gregory gets a respectful hearing from director Cindy Kleine in her understated (but far from underwhelming) documentary “André Gregory Before and After Dinner.” Gregory’s the kind of talker, even unto the age of seventy-nine, who would live up to the antediluvian cliché that you’d pay to hear him read the phone book. But he’s pretty mesmerizing talking about actual stuff and things in this semi-sorta sequel to his previous collaboration in 1981 with Wallace Shawn and Louis Malle, “My Dinner With André.” A delicious added layer is the intimacy provided by the collaboration with Kleine: she’s his wife of many years. Thus, it’s an engulfing love story even as we learn more of his haunted childhood, intimations of imminent mortality, his process working with actors, his legendary small performances, including his long-running “Alice in Wonderland” in the 1970s, and simply, his genial wit. Gregory’s the seductive embodiment of the emblematic trickster figure in fairytales: teasing actors and listeners into thinking what you’re discovering is all your own, all while bending to his immaculate storytelling rhythms. There are many minor missteps along the way, lending a rough-hewn sincerity (and solipsism) to the effort overall. With George Gaynes, Julie Hagerty, Allyn Ann McLerie, Larry Pine, and wouldn’t you know it? Wally Shawn. A veritable plethora of Wally Shawn moments. 108m. HDCAM. (Ray Pride)

“Andre Gregory: Before And After Dinner” opens Friday (today) at Siskel.