A Wong Kar-wai movie, as seldom as they arrive, as long as it takes him to finish them, is still an event to remember.

“The Grandmaster” took five years work, and its sweeping emotions that wrench a fistful of characters in the China and Hong Kong of the middle of the twentieth century are calibrated with a fevered circulatory rhythm in each sequence, specific, detailed, almost madly so. Opening without prelude, Ip Man (Tony Leung) finds himself in a nighttime street fight in pouring rain, against dozens of adversaries. Each motion, each blow, and literally, each slash of water, each drop of rain, has been calculated in design, choreography and editing for maximal sensation. A near-imponderable amount of precise coverage has been shot for every scene. One mystery after another passes in front of us, precisely described by the camera and opposing bodies, whether in motion or in rest, close-ups sculpted of flesh and duration. There is a romance, and there is enough story for several novels, and the acting is exquisite, including by Zhang Yiyi as the heiress of a kung fu tradition and Leung as the exile who will bring a form of martial arts south and to the Western world. (Their romance is sensual and fraught and withheld: this is a WKW movie, despite being about kung fu.) Decades into their contact, they try to recall the name of an opera. “Something about a dream,” she says. “’A dream of love,’” he says. “That’s what love is,” she says, “A dream.” 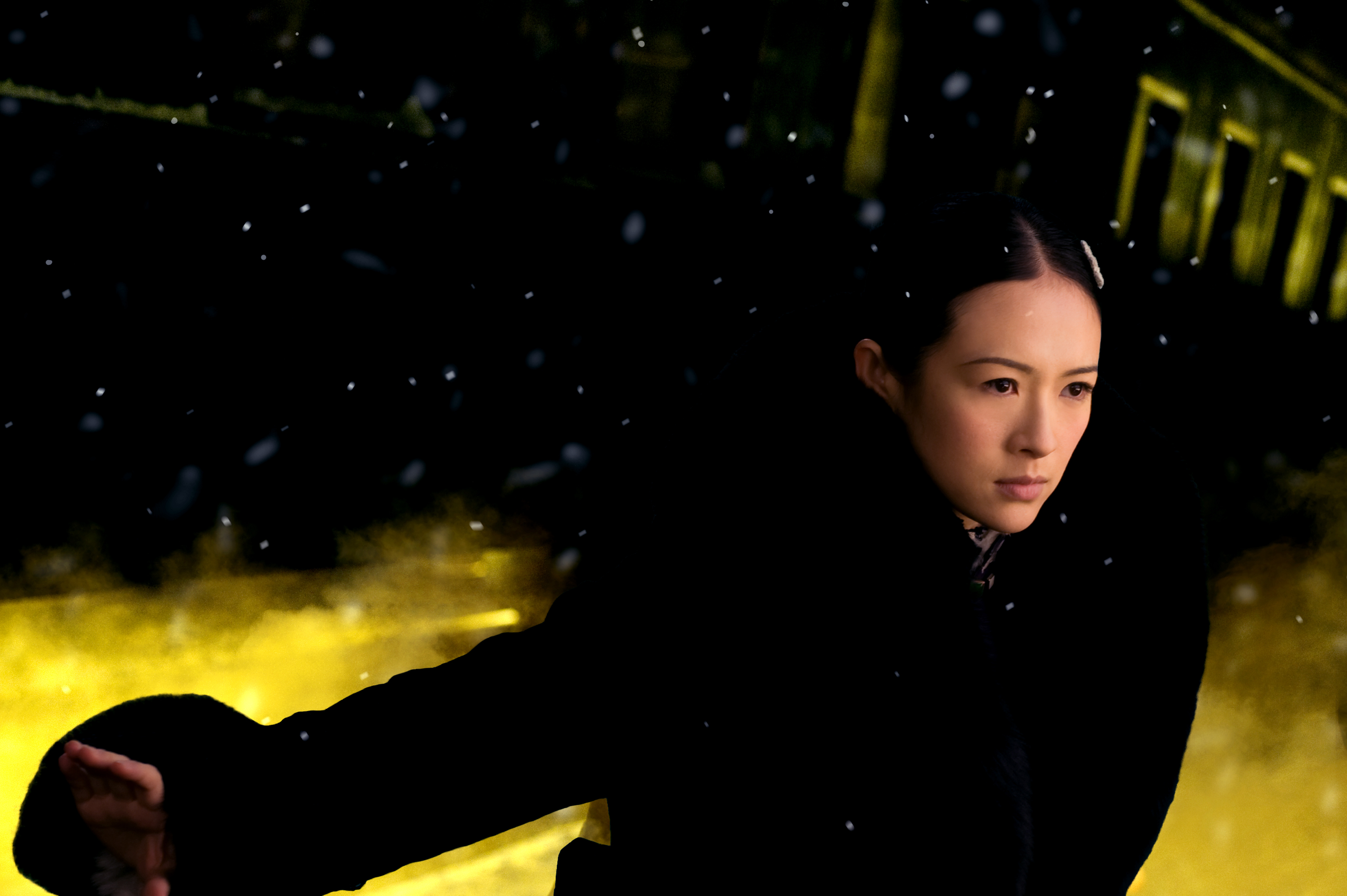 Leung also describes the protracted production as being a kind of dream, a process of “becoming” that few actors ever know at this scale. “After Ip Man settled down in Hong Kong, we have a lot of information from my teacher, [who was his student]. Also I know Ip Man’s son, he is still living in Hong Kong, he’s like eighty-something and Kar-wai did some research with him. I learned how difficult the life he went through in Hong Kong, but when I watch his pictures, these pictures taken in Hong Kong, he’s attending some wedding banquet, or some gatherings with the martial arts circle, he doesn’t look like a kung fu man, he looks more like a scholar. Very refined, erudite, graceful. He just had those kind of qualities. I don’t know where they come from, maybe kung fu! And I can still feel from his eyes, this guy still lived with dignity. He always wears a smile. I was wondering, how a person can live a life like that and still have that kind of look in their face? I can still feel the calmness in him. Kar-wai, maybe he’s optimistic, that’s why he can deal with life. I said, no, maybe there’s something else. Maybe kung fu inspired him to the way of life, how to deal with life. He learned some kind of spirituality to deal with life.”

Unlike the usual length of a movie shoot, I say, it sounds like you’re also describing how making this movie became a way of life, even life itself. Leung laughs. “What I do with Ang Lee or even John Woo, takes about half a year. Three months preparation and three months shooting. So this! It takes about four-and-a-half years. You experience with the character. That’s why I never go back home. I prefer to stay with the whole crew, with them. I don’t want to get away, because I need time to experience. This is the way, working with Kar-wai. I always think he has a screenplay but he never shows it to us. He used to just use his tricks to just give very little hints to everybody and then just let you explore [for] yourself, so you won’t have limitation or restriction. I think that’s fun! But once in a while is good.” 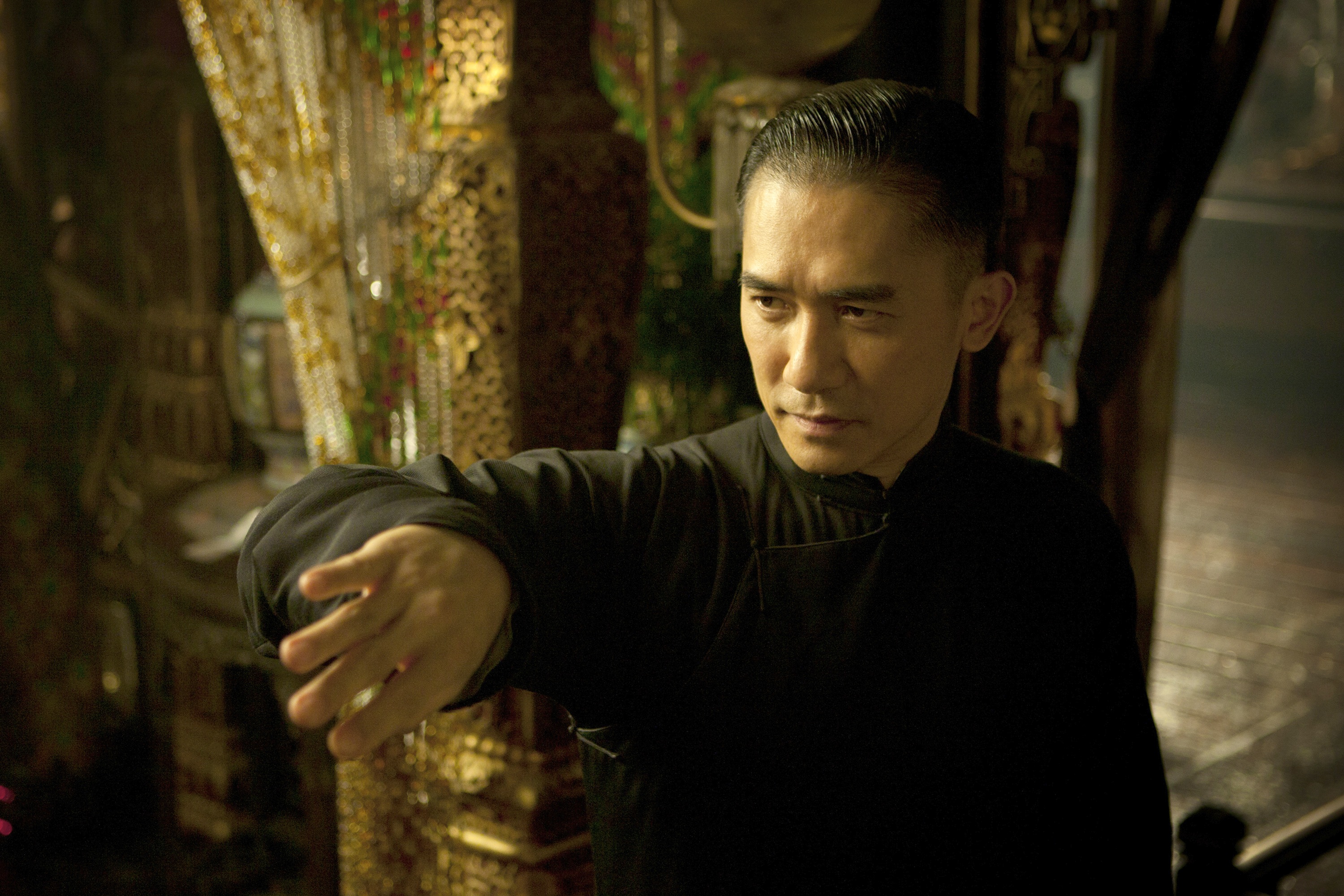 If you did that every time out, you’d make only five films in your lifetime. Again, Leung laughs warmly. “This time is quite different from [how] I worked with him before. It means, not just a movie to me. It’s the process, it’s really enjoyable and meaningful, it’s very inspiring. During these four-five years time, I tried to apply it in real life. How you receive people, how you deal with people, how you take things, what is your state of mind? I find out that I’m not just putting it in the movie. I [didn’t] have this kind of feeling before working with Wong Kar-wai, every time I wanted him to surprise me. And when I see the final product, like ‘In The Mood For Love,’ ‘Oh, I did a great movie!’ But this time, no. I had a different kind of feeling. When I finished this movie, I think I achieved a lot of things. Not for the movie, just for myself. But it was a very strange journey for me this time—I don’t care how it turns out in the end, of course, I want the film to be good, but the process means more to me, not the movie.”

Leung was on set, even for scenes he’s not in, including an epic fight on a train platform with Zhang Yiyi’s character. “When I saw the movie the first time in Hong Kong, my feelings on the movie after, at the party, I talk to Kar-wai. ‘Wow. It looks like I’m reading a book, a Chinese martial arts novel.’ It’s very romantic, poetic, yeah, it’s beautiful.” Leung, of course, is referring to the film’s 130-minute China cut, which is a far different, more emotionally devastating version than the 108-minute cut American audiences will see. Having seen that cut twice, and the Chinese version afterward on the commercially released Hong Kong Blu-Ray, I’ll only say that everything that seems truncated or abrupt in the current release is explained, lengthened and deepened. That film is a masterpiece of melancholy—“Dr. Zhivago” meets kung fu, as Wong describes it—the American “The Grandmaster” is a beautiful selection of setpieces that comes to a wholly different ending than Wong’s original cut. To be fair, Wong defends this version as his own, and most of his films have a range of international versions. It is to swoon. Even the buttons on a fine coat are given the emphasis of the whoosh of a blade, the crack of a bone or the scrape and grind and rush of a locomotive. Nothing is relative: all is memory. A dream.