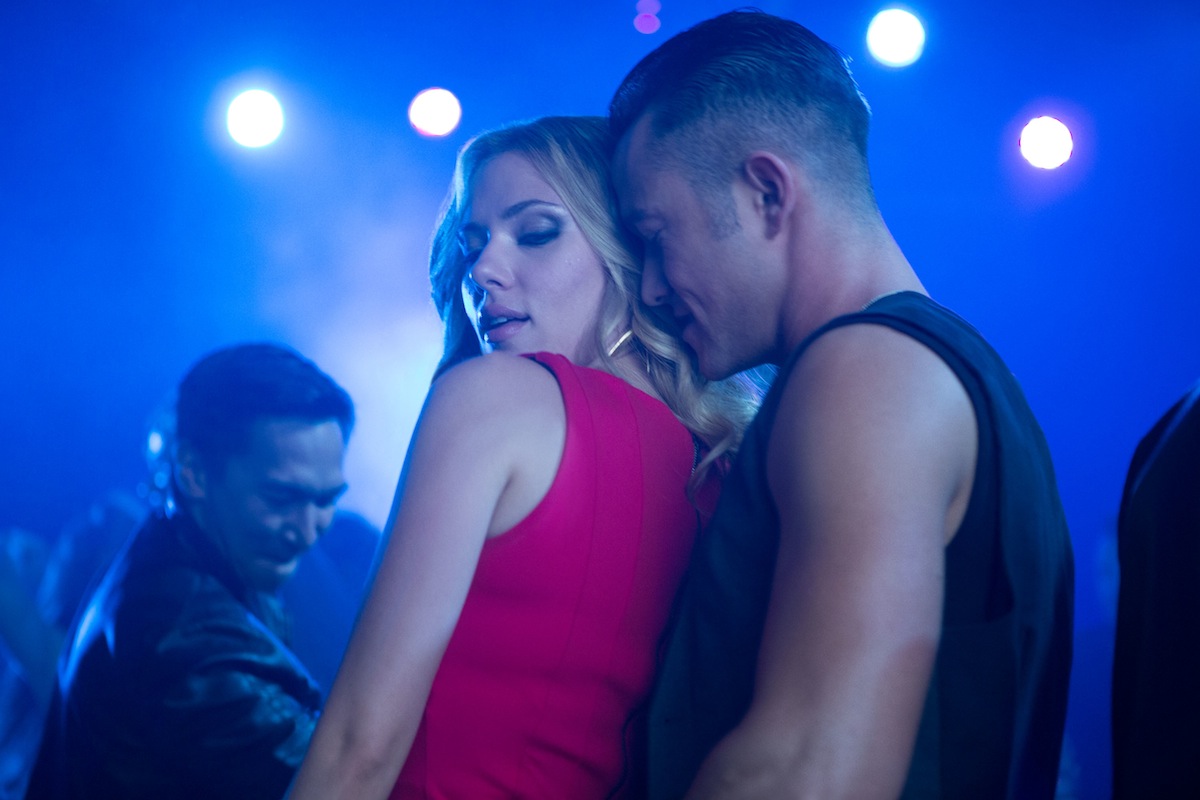 Don Jon’s got an addiction: from porn to sex and back again. In the spunky comedy “Don Jon,” Joseph Gordon-Levitt stars and makes his feature writing-directing debut as a young thirtysomething—a chronic masturbator, Catholic and consistent at confession, with daily bursts of rage while driving and while at the gym, in thrall to both sex and porn joneses—who will learn, much to his earnest surprise, true intimacy may be an improvement over mere fuck. Weirdly, this dark charmer is of a school of the kind of of-the-moment romantic comedy that his grandfather, Michael Gordon, made in the 1950s, like the Rock Hudson-Doris Day-starring “Pillow Talk.” (Call it “Tissue Talk.”) Then again, Gordon-Levitt’s breezily profane dialogue, with a Canadian level of swearing surely encouraged by his friend Seth Rogen,  and the characters’ sustained belief in their own self-deceit would have been as if from another planet in the 1950s. What some viewers at its Sundance debut missed may be its most fascinating aspect: the movie begins as efficient cartoon, as sitcom cliché—cue Gordon-Levitt and father Tony Danza in matching wife-beaters—starting from stereotype, steering toward archetype. But in the third act, after all manner of romantic setbacks and useful lessons, like its lead character it transforms into something likable, even touching. It’s a canny strategy that isn’t quite whiplash-inducing. Trying to improve himself for a woman he meets in the club with the guys, played by Scarlett Johansson, he goes to night school and meets a blunt, older woman (Julianne Moore). The young woman cares; the older woman has her own life. Things get complicated. There’s a Truffaut-esque lilt to a lot of the proceedings—a willingness to use a fast-paced grab bag of techniques, a score with the occasional 1960s sweep, a love of women and a love of looking at women—but it’s most pronounced in a couple of scenes of privileged moments, where characters, alone, discover something about themselves, unseen by others. (Moore has a fantastic one late in the movie, in one brief scene in front of a linen closet, taking sudden stock of her character’s life.) Gordon-Levitt’s friend Rian Johnson (“Looper,” “Breaking Bad”) was a key resource, whom he credits on-screen and off for getting the script and the film made. Quirky intelligence rules. (Ray Pride)