41 Malik Ali, President and Co-Founder, MPI Media Group
Orland Park-based MPI, founded in 1976, holds a special place in Chicago film history for producing “Henry: Portrait of a Serial Killer” (1986), a shot-on-the-streets on a dollar-and-a-dime chiller that established the talents of its director and actor Michael Rooker. The film was an early definition of “indie” film, as well as of location shooting of the raw face of Chicago. But the company, headed by Malik Ali, who founded the company with his late brother Waleed, is also one of the largest distributors of home video, with concentrations in film and television libraries, including from the estates of Frank Zappa and Jackie Gleason, music programs like “Hullabaloo,” and major holdings in stock footage from libraries like British Pathe Newsreel Archive. Movies released by IFC Films are divided between the Criterion Collection and MPI, and the company’s Dark Sky Films label continues in the horror groove. While not its major concentration, MPI Pictures puts out art-house and independent films, with recent releases starring Marion Cotillard and Catherine Deneuve. 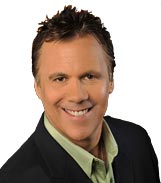 42 Richard Roeper, movie columnist, Chicago Sun-Times
Richard Roeper is a newspaperman. And saying that is meant in the Chicago sense, it’s meant in the Roger Ebert sense, and it’s meant in the Chicago Sun-Times sense. But he’s also a businessman, and a canny careerist. Roeper’s election to Ebert’s side on television after the death of Gene Siskel, from 2000 to 2008, never kept the career journo from his primary trade as a daily general interest columnist for the tabloid since the late 1980s. And now he’s a… what? In mid-September, following the stressed newspaper’s recent custom of promoting from within as often as possible, Roeper took Ebert’s film critic gig in all but title. Three to four reviews a week, plus twice-weekly video contributions, will take the place of his front-of-paper column. “I learned a lot about work ethic and newspaper loyalty from Roger,” Roeper said upon taking the job. “Every day I try to live up to that legacy.” Roeper may also have the hardest-working agent in the biz, with the continuation of his video movie reviews on cable network ReelzChannel, as well as repurposing that content on his own web domain, RichardRoeper.com, and his 2pm-6pm afternoon gab gig on WLS-AM’s “The Roe & Roeper Show,” which extends his hand in the general interest game. Who else in Chicago journalism managed to consolidate their brand and extend their presence with such concentration? Oh yeah: Roger Ebert.

43 Tony Fox, President & CEO, ADF Capital, Ltd
The vintage neighborhood movie theater is an endangered species (the Portage Theater was recently closed as a film venue when a controversial new owner bought the building), so it’s significant that shopping-center developer Tony Fox, who already owns the renovated New 400 theater up in Rogers Park, recently teamed up with the University of Chicago to reopen the Hyde Park neighborhood’s nearly hundred-year-old Harper Theater, a building listed on the National Register of Historic Places. The renovated theater offers state-of-the-art projection of new movies at a below-market top price of $8; its return is a core part of the university’s plan to revitalize 53rd Street.

44 Christopher Kamyszew, Founder, Polish Film Festival
Chicago has long boasted that it’s the world’s second-largest Polish city, after Warsaw, so it makes sense that its Polish Film Festival in America claims to be “the world’s most extensive annual programming which promotes Polish cinema.” Whether true or not, this festival marks its twenty-fifth anniversary in November with more than seventy films describing the Polish place in the world today, as well as defining it as one of Chicago’s largest and oldest film fests.

45 Pepe Vargas, executive director, Chicago Latino Film Festival
Founded in 1985, the Chicago Latino Film Festival has grown under Colombian-native-cum-Columbia College-grad Pepe Vargas’ leadership into what it describes as “the largest, most comprehensive and best Latino film festival in the United States,” growing from 500 attendees that first year to 39,000 this year and expanding into a year-round operation under the banner the International Latino Cultural Center. Next spring marks its thirtieth anniversary.

46 Willis, Shirley and Chris Johnson, Owners, Classic Cinemas
The mall-ification of suburbia, starting in the seventies, and the accompanying chain-making of the exhibition business, was not kind to the local movie houses, some landmark, others just distinctive, that peppered the greater streetscape of America’s smaller cities. Willis Johnson and his family entered the business in 1978 when they took over the then-recently shuttered Tivoli. They’ve proven to be exceptional stewards of the thirteen theaters they now control across twelve communities. And their activities have been significant forces as the suburbs attempt to unwind the damage to their downtowns brought on by that same mall sprawl. As Elmhurst mayor Thomas Marcucci told BoxOffice Magazine a few years back, “Willis Johnson almost single-handedly redeveloped our central downtown business district.”

47 Ruth L. Ratny, publisher, Reel Chicago
The still-thriving advertising industry, and the commercials it produces, drives the week-in-week-out production economy in Chicago and the Midwest, and it’s a tough industry to stay on top of as an observer. But Ruth Ratny, whose Screen Magazine transformed in 2004 into the online presence “Ruth Ratny’s Reel Chicago,” (reelchicago.com) offers a valuable central location for the news about the nuts-and-bolts of how the cake gets baked. She’s kept her personal brand, and her occasional contentious flair, on the scene for more than three decades. 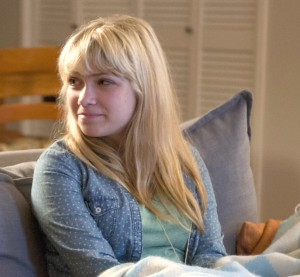 48 Tavi Gevinson, Founder and editor, Rookie
At the callow age of seventeen, Rookie entrepreneur Tavi Gevinson may have tired of fashion, turning to feminist activist and film acting instead. She began her “Style Rookie” blog in the Chicago suburbs at the age of eleven, and Rookie.com, a site for teenage girls in the tradition of Jane Pratt’s 1990s Sassy magazine, launched with the support of former Chicagoans Ira Glass and Anaheed Alani, who is one of the site’s editors. There’s a TED talk back there, too, as well as collaboration with the sisters behind the Rodarte fashion house. In early 2013, Gevinson lent her voice to “Cadaver,” an animated short in which she also covered Neil Young’s “Heart Of Gold” and Pet Shop Boys’ “Heart.” While “Notes on Taylor Swift” made waves in July’s Believer magazine, her most heartening moment in turning to film is in Nicole Holofcener’s “Enough Said,” where she nails the role of a supremely needy (and apparently lonely) teenager. “She just lives in this really normal world with moms who love yogurt and still feels that way. I just thought that was really interesting,” Gevinson told Vanity Fair. 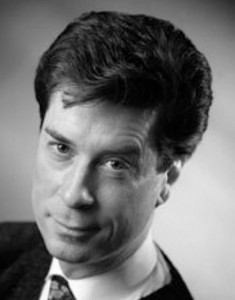 49 Dann Gire, President/Founding Director, Chicago Film Critics Association
Daily Herald journalist Dann Gire is the longtime head of the Chicago Film Critics Association, a twenty-plus-year-old group with fifty-three local professional movie reviewers. While the group’s often-goofy awards galas are a thing of the past, CFCA, like critics’ bodies around the country, joins in the year-end awards chorus that leads toward Oscar in late February. In April, the group’s Chicago Critics Film Festival debuted at Muvico Theaters Rosemont, a three-day event notable for appearances by filmmakers like Sarah Polley (“Stories We Tell”), James Ponsoldt (“The Spectacular Now”) and William Friedkin, presenting his memoir, “The Friedkin Connection,” but also an unofficial final screening of one of the few 35mm prints left of his long-unseen 1977 “Sorcerer.” 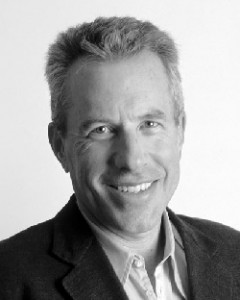