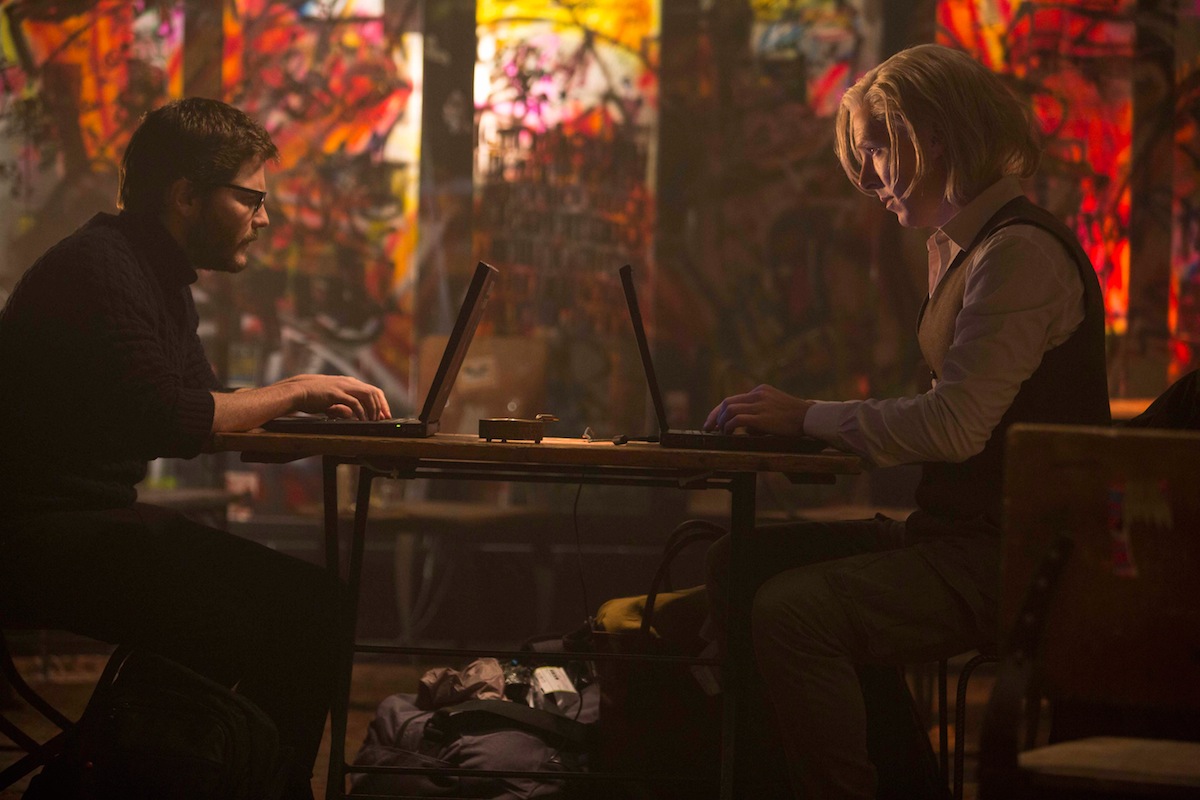 Or, “WikiLeaks, The Antisocial Network,” or, perhaps, considering the no-man’s-land “The Fifth Estate”’s subject still lives in, “Too Soon.” Simultaneously depicting the actions of Julian Assange and WikiLeaks as noble and virtuous and Assange as a solitary paranoid, Bill Condon’s restless, righteous movie is passionately described and fictionalized inside baseball, studded with pungent images, beautiful Euro-gloss design and an ultimately reductive script. The acting is stingingly good, and small physical details are lovingly detailed. While the interiors of the reportedly $26-million production could have been shot anywhere, a canny hodgepodge of locations like Reykjavik’s Austurvöllur Square, Berlin under snowfall and the London exterior of the Guardian newspaper offices offer kaleidoscopic satisfactions of a dynamic international thriller. While moving like a bracing, poppy mix of “Hackers,” “All The President’s Men,” “Run Lola Run” and a tickle of “Brazil,” with “The Fifth Estate,” one man’s thrill may well be another man’s pill. The world of computers is tough to depict, or to be the stuff of pitched melodrama, or to please a living, critical main subject like Assange. “The Fifth Estate” tacitly endorses his ideals, while adding elements that Assange has contested, including scenes about his hair color and an Australian cult. Daniel Brühl plays Assange’s then-associate Daniel Berg with squirrel-bright eyes and cringing awe at his post-cypher-punk hero. But Benedict Cumberbatch’s performance is the knockout, precise, conflicted, mysterioso, wily, his own charm alloyed with the Aussie oddness of Assange. Assange attributes a quote to Oscar Wilde, “Give a man a mask and he will tell you the truth,” and Condon and screenwriter Josh Singer (“The West Wing”) have provided that. You could read almost anything you 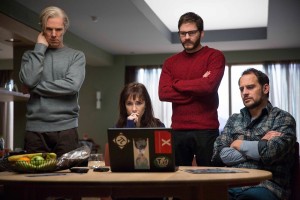 want, pro or con, into this portrayal of Assange. Still, the ideals of the film’s virtuous and vainglorious doomed anti/hero are cleanly spoken throughout: “It is the role of good journalism to take on powerful abusers and when power abusers are taken on there’s always a reaction,” he’s seen saying at a press conference after the huge mass release of documents, “an attempt to criticize the messenger, to distract from the power of the message. But revolution is a struggle between the future and the past. And the future has just begun.” Sarcasm like “I thought Americans put free speech up there with mom and apple pie,” said with a smirk, trumps the occasional inanity like, “Solzhenitsyn didn’t even have Twitter.” There are well-deployed jabs at snarky former New York Times executive editor Bill Keller, which ought to amuse those who’ve followed the WikiLeaks saga. “Come on, you had to enjoy Keller’s diatribe on your filthy white socks,” Assange’s colleague says after reading Keller’s weird disavowal. “Yes, I just never figured brutal slaughter and my socks would get equal billing in The New York Times.” It’s a level of casual skepticism equaled by Assange agape at footage of Scientology’s L. Ron Hubbard, “The guy founded a goddam religion, it’s gob-smacking, isn’t it?” (What could you be implying, Mr. Condon?) And a diplomat played by Laura Linney is given unlikely prescience: “A twenty-two-year-old private with a history of mental instability and a Lady Gaga CD, and we’re on the verge of a major international crisis?” (Still, that’s a pleasing, compound mouthful of verbiage.) The candied images are courtesy of cinematographer Tobias A. Schliessler (“Dreamgirls,” “The Taking of Pelham 1 2 3,” “Battleship”). The ending situates Assange in his present prison, the Ecuadorian embassy in London, where he sought asylum after becoming convinced any other action would land him in the same American detention as Chelsea Manning. “The WikiLeaks movie? Which one? That one? It’s based on the worst two books. Full of lies and distortion, like all bad propaganda,” the fictional Assange says. Meta-cute, to be sure. My personal experience of WikiLeaks: contained in its massive document dump of U.S. diplomatic cables was the report back from the consulate of my escaping murder at the hands of neofascists in the north of Greece in 2009 (containing at least four factual errors). Thanks, Julian! With Peter Capaldi, David Thewlis, Alicia Vikander. 128m. (Ray Pride)