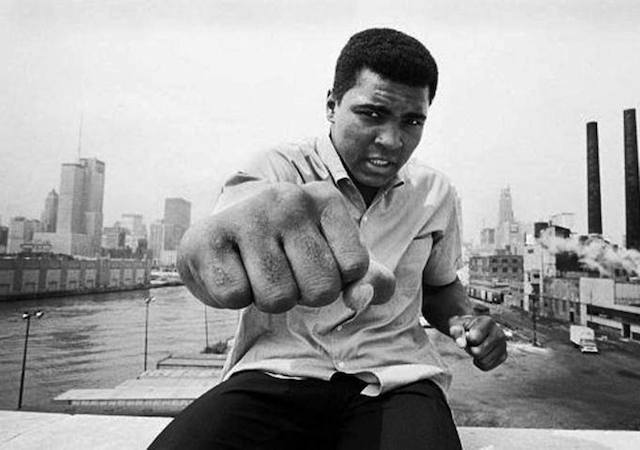 In the many years I’ve known Bill Siegel, I can’t remember a time he wasn’t talking or thinking about Muhammad Ali. Working as a researcher on Leon Gast’s 1996 “When We Were Kings,” as well as other projects like the six-hour-plus “Muhammad Ali: The Whole Story” (also 1996) that involved the three-time heavyweight champion, the Chicago-based documentary filmmaker became an expert on not only his athletic victories, but his political activism and commitment. Siegel was Oscar-nominated for the 2002 film, “The Weather Underground,” which he and Sam Green co-directed, and that film is sharp about political engagement and conviction, about idealism and legacy. Working through several iterations of “The Trials of Muhammad Ali,” Siegel has arrived at a rock-solid portrait of Ali’s passions about faith and conscience, and makes a stirring case that his political legacy is more important, and will be more lasting, than his days in the boxing ring. A co-production of Kartemquin Films, “The Trials of Muhammad Ali” resounds with the man’s singular voice. The wealth of seldom-seen footage is consistently eye-opening, and the interview subjects include the now-reclusive Louis Farrakhan. Siegel cleanly explains the most common question about why he portrays the man this way: “Why another film on Muhammad Ali? Because no Ali film has deeply explored his exile years, his spiritual transformation and his impact on the world beyond the ring… It has tensions involving faith, race, duty, and identity. And when you personalize those tensions through the humanity of Muhammad Ali, it gives them depth and definition in ways that resonate now.” 94m. (Ray Pride)

“The Trials Of Muhammad Ali” opens Friday, November 8 at the Music Box, Chatham and Lawndale and will continue at Chatham for at least a second week. Siegel and others will appear at selected screenings. The trailer is below.