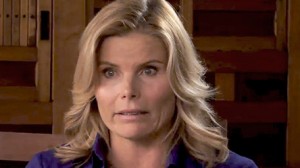 Veteran filmmaker Barbara Kopple burrows into the Hemingway cupboard of family secrets in the company of Mariel Hemingway, who has spent her adult years addressing the clan’s history of mental illness and suicide. The surfaces seem simple and straightforward, but this is a swarming documentary, seething with emotion, its personal reflections both harrowing and hopeful, and with an earned earnestness. Kopple brings the same lithe documentary touch to “Running From Crazy” as earlier films, like the Oscar-winning “Harlan County U.S.A.” and “American Dream,” as well as “Wild Man Blues,” her coolly critical portrait of Woody Allen. “Tremendous dark places” is one description Mariel offers of the blacker moments of the hard-lived life of her grandfather, Ernest. Kopple makes good use of archival footage from a personal documentary made by Mariel’s late, older sister Margaux, who had preceded her sister in the world of modeling and movies. The contrast between those moments with the now middle-aged and reflective Mariel and her work as a suicide prevention advocate can be stark. (As well as her backing of “wellness,” gluten-free cooking, yoga, and memoirs dense with the language of empowerment and “well-being.”) It’s admirable, unironic stuff. With Langley Hemingway, Dree Hemingway and Bobby Williams.  “Running From Crazy” is the first theatrical release by the Oprah Winfrey Network. 100m. (Ray Pride)