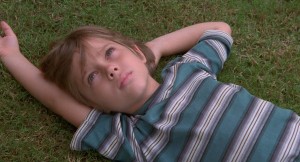 Like his subject, Steve James’ “Life Itself” is a piece of work.

Packing seventy years of the life of Chicago’s own Roger Ebert into a swift, swinging two hours, the director of “Hoop Dreams” and “The Interrupters” gives a dense, vivid impression of the Sun-Timesman’s will and destiny to be a newspaperman from the earliest age, but also the many overlapping eras of his eventful (and competitive) life. Editor-in-chief at college, appointed film critic almost by accident at a callow age, the drinking, the rivalry with Gene Siskel, Chaz, the loss of voice alongside the gain of a virtual pulpit, the ornery Midwestern strength in the face of debilitating pain in his final days. There are hundreds of stories to be told, and as has been amply pointed out, at Sundance and elsewhere, hundreds of people have them, their own Roger Ebert story from the late, great everyman’s simple, elemental curiosity. There’s a lot between the covers of Ebert’s fugue-cum-memoir that gives the film its title and some of its territory, but for a movie made in just over a year, it’s a compact feat of determination and legerdemain. I knew Roger since I was nineteen, so I’ll leave the subject for now by saying that James’ two hours (co-edited with fellow Kartemquin veteran David Simpson) is a proper, not wholly reverent remembrance. The filmmakers have provided a place of pride for the immortal line Ebert wrote for Russ Meyer’s “Beneath The Valley Of The Dolls”: “This is my happening and it freaks me out!” As well it should; as well it did. 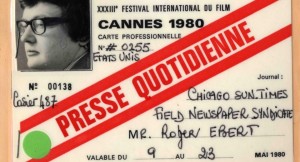 Another breathtaking example of cinema capturing life as a long quiet river debuting at Sundance 2014 was Richard Linklater’s “Boyhood.” Linklater shot “Boyhood” for twelve years, a few days at a time, following his protagonist Mason (Ellar Coltrane) from the age of six or so to eighteen, from 2002 to last September, from pouty little boy to willowy, pillow-lipped man. At its effusive premiere in Park City’s 1,270-seat Eccles Theater, Linklater marked the time from shoot to premiere as a mere 4,207 days.

Ethan Hawke and Patricia Arquette play Mason’s parents Olivia and Mason, Sr.; Hawke remains vagabond dad while Arquette goes through abusive, inferior men who are never the father that free-spirited Hawke manages to be just by being himself. The marvel, as you’d expect, is observing the course of time subtly etching the faces of the adults, and the deepening of their fine performances through the years-long shoot, as well as the transformation before our eyes, in semi-documentary but dreamy fashion, of the faces and bodies of Coltrane and Lorelei Linklater, who plays his younger sister, Samantha.

Among the many fine choices in the background, including IFC financing a dream project that may well have collapsed into nightmarish junk in other hands, was the notion to shoot on 35mm film, taking into consideration that the changing quality and characteristics of digital video across a decade would simply be too distracting.

Linklater is also one of the few filmmakers you’d expect to be aware of the fact that he would be shooting a period piece in the present: that is, that each year would be seen from a distance of years, and however the present was characterized would potentially be nostalgic. The song score presented at Sundance felt right, even with on-the-nose choices, including a fall 2013 scene that likely is the first (of many more to come) to use Daft Punk’s “Get Lucky” as a sonic signpost. It’s a feat on par with a certain French filmmaker’s work with Jean-Pierre Léaud, this exhilarating work of imagination and persistence from the Texas Truffaut.

Other fine movies dealt with duration as well, including the quietly thrilling, lovely hybrid doc featuring Nick Cave discoursing on his life that played later in the festival, “20,000 Days On Earth.” Martha Stephens and Aaron Katz’s modest yet beguilingly charming “Land Ho!” sends two American retirees into the wilds of Iceland to bawdily comic and picturesque result. It’s a small country where you can be big. Life is short, hope lasts long. Alex Ross Perry’s caustic third feature, “Listen Up Philip” positions an arrogant young novelist (Jason Schwartzman) against an elderly one (Jonathan Pryce) filled with the same sort of dyspepsia and disdain; the well-spoken novelistic voiceover spoken by Eric Bogosian promises equivalent fates across the entire lifetimes of each. 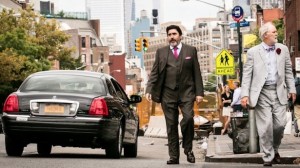 Ira Sachs’ quiet, measured “Love Is Strange” captures a forced separation of an artistic couple of thirty-nine years, a painter and a music instructor, played by John Lithgow and Alfred Molina, and its quietly detailed, loved-in feel is both emotional and painterly. Drama seeps in, sensation is suggested. Among his cast, each figure walks in geometry. Each character has a specific fashion of holding space. “Love is Strange” is about love and about family and about the necessity of generations sharing knowledge and secrets, but it is also about configuring, geometry, painterly aspects. But there’s not a line of dialogue that announces this.

“Love is Strange” also bears the acuteness, the precision of the era the characters would have lived through. Buried deep beneath the surfaces, surely there are submerged fragments of Frank O’Hara and his fragrant, antic verse as well as the lore of the painters who frequented and illuminated the interior life of the Cedar Tavern. The frames are beautiful for their precision and coolness, from strong design rather than a prurient glow. It’s time, observed, sparkling, fixed, timeless, dazzling. And the film’s bravura final fifteen minutes: dear God in Manhattan! It’s one bravura, lyrical, cinematic wallop after another, beginning with the rejoined couple finally at ease over drinks in a Greenwich Village bar with a long, gay history. What was very, very good, with modest leaps beyond plausibility, reaches for authentic greatness. Youth—life—skates into a sunset, into the future, with memories, and tears, for what and who came before. Movies are time, captured and they are best when they bloom with the fragrance of life lived and history transformed. These movies are bittersweet reminders of that.

Distribution for “Life Itself,” “Listen Up Philip” and “20,000 Days On Earth” have yet to be announced; “Boyhood” will be released later this year by IFC Films; “Land Ho!” and “Love Is Strange” will be released by Sony Pictures Classics.

[…] New City Film thinks, “There’s a lot between the covers of Ebert’s fugue-cum-memoir that gives the film its title and some of its territory, but for a movie made in just over a year, it’s a compact feat of determination and legerdemain.” […]