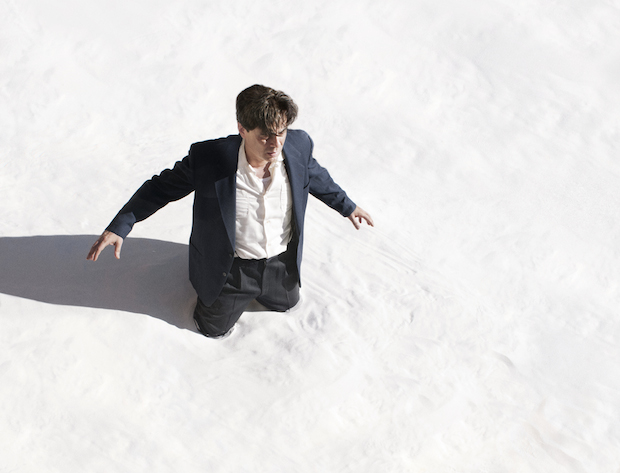 The masterful French filmmaker Arnaud Desplechin’s nine feature-length films aren’t precisely sui generis but they’re endlessly dissectible. The bits and pieces can thrill even when the overall fabric mystifies or transitions jolt. “Jimmy P. (Psychotherapy of a Plains Indian),” is a Western of sorts, but also a sweetly strange intellectual adventure, based on “Reality and Dream,” an obscure book by French anthropologist, psychoanalyst and scholar of Native American culture George Devereux, a contemporary of Claude Levi-Strauss. In the film, Devereux (Mathieu Amalric), is dispatched to the Menninger Clinic in Kansas in 1948 to treat Jimmy Picard, a Blackfoot Indian (Benicio del Toro) who has been diagnosed as schizophrenic after fighting in France in World War II.  Desplechin’s screenplay (written with Julie Peyr and film critic, Scorsese collaborator and New York Film Festival director of programming Kent Jones) works from the style of case study but never descends into simple seminar. Desplechin, as in his other work, is superb at charting free association as drama. (Howard Shore’s score injects notes of melodrama that reinforce emerging emotions as well as reflecting 1940s-style music.) Two men meet, the lives are opened to each other through conversation, their dreams are as important as their acts. (Or, as Hungarian mathematician Paul Erdos liked to announce, “My brain is open!”) I’m an admirer of most every moment of Desplechin’s idiosyncratic work, but there are moments of simple exchange here that are the most satisfying in his movies since the pinwheeling provocations of his epic 1996 “My Sex Life… Or How I Got Into An Argument.” Amalric is emphatically empathetic as the Hungarian-born doctor, who hails from another scorned ethnic group, and del Toro, well, Benicio del Toro knows from sadness. It’s in his form, his face, his eyes, his lowering eyelids, his mumble-washed mouth. Jimmy P. suits him. It’s tender stuff, and likely too low-key for many art-house aficionados. With Joseph Cross, Larry Pine, Gina McKee, Elya Baskin. 114m. (Ray Pride)