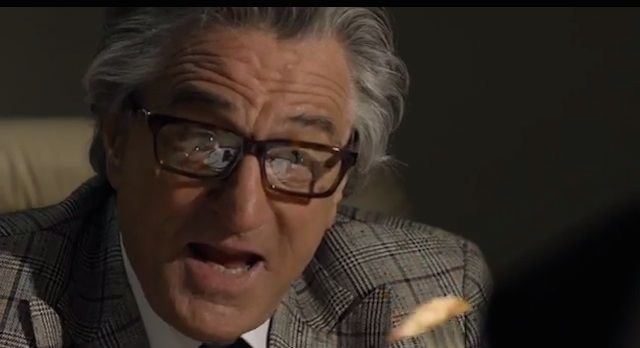 David Grovic’s ugly, witless, pretentious, semi-coherent, nerd-noir hitman thriller failure, “The Bag Man” (aka “The Motel”) came out of nowhere, and there it’s gonna go back within hours. Robert De Niro, brandishing an epic white pompadour that looks like a prank on eternal producer Robert Evans, plays a crime chieftain who dispatches fuckup Jack (a weary, worn, hardly present John Cusack) to a meeting of fuckups in a fucked-up motel in the middle of nowhere. Plus, rape. Two decades late to the post-Tarantino knockoff party, “The Bag Man” is the kind of movie you flick past among the other 500 channels filled with shit and wonder aloud, “What’s on HBO Zone?” or, “Why hasn’t David Lynch made a movie for younger filmmakers to pillage in so many years?”

There couldn’t have been much money behind this movie, but whatever there was is in the pockets of De Niro, Cusack and ever-dapper Crispin Glover rather than on the screen. With Rebecca Da Costa and Martin Klebba as “Guano.” 108m. (Ray Pride)

“The Bag Man” opens Friday at AMC South Barrington and on video-on-demand.