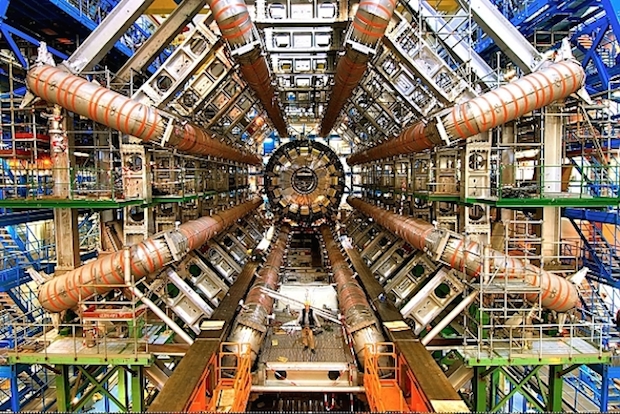 For different audiences, “Particle Fever” could be recommended by a different pair of words, including those attracted to the title; “Higgs-Boson” and, not least, “Walter Murch.” The mercurially minded sometimes-translator of poetry from the Latin, philosophical ponderer and Academy Award-winning film and sound editor, whose work shaped “The Conversation,” “The Godfather Part II,” “The English Patient” and “Apocalypse Now” applies his substantial skills to a compelling, often dazzling account of four years in the work of six scientists who are part of the launch of the most expensive scientific experiment yet to be built, the CERN Large Hadron Collider, hoping to discover the nature of the “God particle,” or the Higgs-Boson, as well as existence itself. It’s a factual thriller. Literally and figuratively, “Particle Fever” crackles. Director Mark Levinson, himself a physicist, finely observes the winning personalities of his sextet of minds, but also allows the film to bloom into an intense and beautiful exploration of physics and the workings of the workaday intellectual mind.  Oh, and the cosmos itself. With Savas Dimopoulos, Nima Arkani-Hamed, Fabiola Gianotti, Monica Dunford, Martin Aleksa, Mike Lamont. 90m. (Ray Pride)