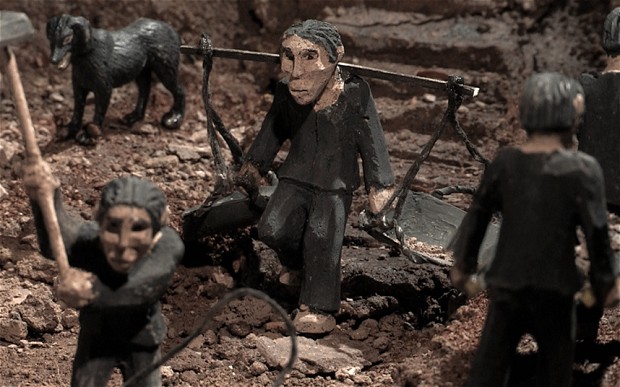 (L’image manquante) Rithy Panh’s Oscar-nominated documentary, “The Missing Picture,” is the first from his home country of Cambodia, and as in the intent filmmakers’ work, it takes on the violent recent history of his homeland directly, but also obliquely. Panh’s family was murdered by the bloody Khmer Rouge, and his earlier films like “S21: The Khmer Rouge Death Machine” (2003) have valiantly fought to recapture a time that could be lost to history. Revisiting memories of his own youth, Panh strikes out in untraditional direction, combining photographs and black-and-white footage from the country’s propaganda files with tableaux of clay figures created by artist Sarith Mang. The effect isn’t distancing: combined with a narration spoken as if by the filmmaker himself, its dreaminess readily lends itself to fantastic nightmare.  There’s poetry, as well as the unsentimental punch of the film-essays of Chris Marker and Patricio Guzmán. 90m. (Ray Pride)