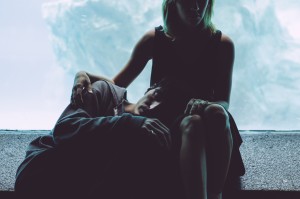 Though South by Southwest (SXSW) has been around nearly thirty years as a music festival, it’s only been the last of those decades, with the rise of its interactive component (Twitter famously came of age here), that’s turned it into a spectacle in and of itself.

The streets of this bursting-at-the-seams city are awash in venture capital being burned in all forms of splendor, from the takeovers of various local bars, gas stations, whatever, to every kind of marketing gimmickry imaginable—design your own Oreos anyone?—to the hordes of digerati roaming 6th Street in search of the hottest private party.

And into this cesspool of capitalism unbound, the press descends, drooling for buzz, sniffing for the new new thing, snacking on trend pieces. When a drunk driver plows into a crowd on the street during this year’s festival, tragically killing two and injuring dozens, David Carr and Manny Fernandez, writing in the New York Times, find the metaphor they’ve been looking for: Has SXSW “lost the original spirit of what it intended to be?” Never mind that an equally valid concern might be the car-centric lack of public transportation options in mid-sized American cities that makes driving and drink an inevitable pairing fifty-two weeks a year.

Against this backdrop, the film festival is something of an unlikely wallflower, perhaps the only of the “South Bys” to retain most of its independent spirit. At the awards ceremony, co-founder Louis Black proclaims, “I don’t want South by Southwest to be a market; I don’t want to be Sundance!”; the audience roared appreciatively. And the films in competition reflect that sentiment. This year’s grand jury prize winner, “Fort Tilden,” will likely join a long list of respected but barely known past winners; the only one of the last decade’s winners familiar to me was Lena Dunham’s “Tiny Furniture,” as much for what she’s done since (“Girls”) as what she did then. 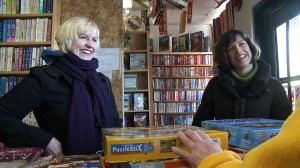 Dunham is the patron saint of the festival now; she brought “Girls” down to show the festival before it premiered and this year delivered a keynote whose line to enter (I was not among them) stretched endlessly down the cavernous halls of the Austin Convention Center. That’s one of the charms of Austin and the festival: they’re as caught up in celebrity culture as the rest of America, but they really love their indie stars: Tilda Swinton makes them swoon.

Even the “headliners”—the films brought in for star wattage and screened just once to large crowds—hew more closely to the indie quilt. Jon Favreau shows his personal project “Chef” rather than another Iron Man; “Veronica Mars” is as buzzworthy for its Kickstarter life force as for its television pedigree. But the festival films themselves—narrative features, documentary features, and shorts—have to, mostly, find light on their own, many the work of debut filmmakers.

When you’re working with a host of unknown films, serendipity can be a rewarding strategy. I went to the documentary “Wicker Kittens” solely because I’d met the makers of “Arlo & Julie” and found out that both films had jigsaw puzzle elements: trend alert! “Wicker Kittens,” a film by Amy C. Elliott and Mike Scholtz, is a fine heartwarming subculture story, documenting top contenders as they prepare for the nation’s largest jigsaw-puzzle-solving competition in Minneapolis. While many of the characters are of the silver-hair set, a fair number are much younger, perhaps even, gasp, millennials. Is this a sign of the return-to-analog cultural movement we’re all so found of, or just a bunch of singular goofballs? Either way, it’s a pleasing, light bite of confection. 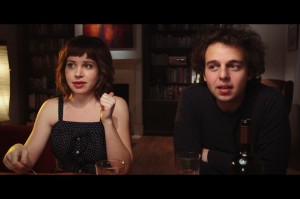 The other puzzle pic, “Arlo & Julie,” is a smart, brisk comedy about a couple of adrift millennials who spring to life when a mysterious string of puzzle pieces starts arriving in the mail. Made in Austin by Steve Mims on a shoestring budget, “Arlo & Julie” epitomizes micro-budget filmmaking at its finest: smart, funny and crafty in its image-making. “The Heart Machine” centers on another couple of millennials adrift for other reasons. Their relationship, born in the window of Skype, seems destined to question its authenticity. While technology unmoors the relationship at its center, a grounded sense of place in Brooklyn and Lower Manhattan brings the film a veracity that might otherwise evade it with its subject matter. It’s a thoughtful take on the refracting of relationships through the tools of technology, with strong visual sense from first-time director Zachary Wigon.

“Animals,” the sole Chicago entry this year, is an assured, heart-rending debut from director and Columbia College grad Collin Schiffli, with a screenplay by local theater veteran David Dastmalchian, who also stars in the film, that depicts the struggle of a young couple living out of a car near the Lincoln Park Zoo, addicted to heroin. Based in part on Dastmalchian’s experiences in Chicago in the nineties, “Animals” stands apart from the other features for the intensity of the lovers in this story. In a daily fight for survival, where they commit small thefts to finance their habit, they have little room for ambiguity. Dastmalchian’s intense performance is well-matched to Kim Shaw’s broken beauty: these two know where they want to go, but just can’t figure out how to escape the cage that’s become their home.

I have to think that many of the interactive attendees headed home with hangovers both physical and spiritual. But the film festival engendered the opposite state: one of energy and optimism. In one panel I attended, Dan Berger of Oscilloscope Laboratories (the Beastie Boys-affiliated film distributor) excoriated his audience for the number of bad indie films making it into the theaters today. “If you see bad films, fuck that, sweep them under the rug,” he exclaimed. My rug is still clean.