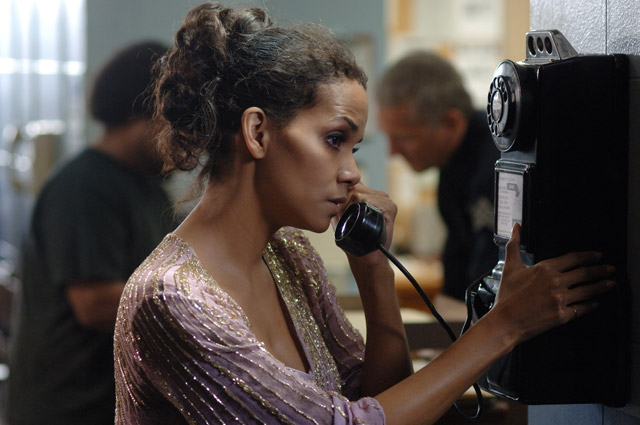 It used to be you couldn’t predict which Halle Berry you’d get in a new movie scurrying into and out of theaters: the Oscar-winning Halle Berry of “Monster’s Ball” or the genially unhinged Halle Berry of “Gothika.” Pretty much these days, you can count on “Gothika” Halle. In “Frankie & Alice,” (2010), a decade-long passion project for Berry, working from a screenplay credited to Cheryl Edwards, Marko King & Mary King & Jonathan Watters, and  Joe Shrapnel & Anna Waterhouse and Oscar Janiger & Philip Goldberg, British television director Geoffrey Sax amps the melodrama, heedless of the insufferable tonal shifts in writing and performance. Even starting with the simple outline of the saga of a go-go dancer with multiple personality disorder in 1970s Los Angeles—true story!—Berry is up for the game. (Call it “Three Faces of Oscar.”)

Flashbacks and clues and hints and much freighted music ensue. Frankie gets labeled as “crazy as a shithouse rat,” and it would have been fortunate if the movie were as well, rather than just bad. With Stellan Skarsgård as “Dr. Oz,” Phylicia Rashad, Chandra Wilson, Alex Diakun. 102m. (Ray Pride)