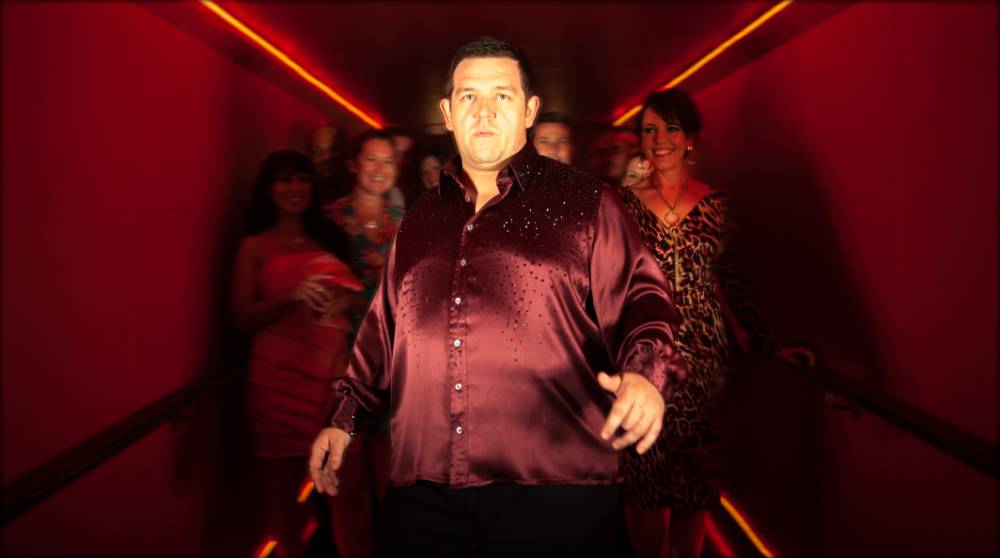 What was it Senator Franken’s Stuart Smalley character used to say? “I’m good enough. I’m smart enough. And doggone it, people like me.” In the amiable, heartfelt “Cuban Fury,” Nick Frost takes on the “good enough” mantle. As Bruce Garrett, a large-sized man with an underscaled ego, Frost has a go at an increasingly rare manner of affable, feel-good character comedy. At thirteen, he was set to win the UK’s Junior Salsa Championships, but in the twenty-five years since, he’s become a self-pitying office mouse. The arrival of Julia, a new, American boss (Rashida Jones) perks Bruce up, especially once he learns she’s, well, a secret salsa dancer. Add complications from bullying co-worker Chris O’Dowd and, among other character actors, Ian McShane as his childhood dance instructor, and the genial everyman-Superman story finds its shape. “Cuban Fury” doesn’t go full Richard Curtis in its romantic comedy ramble, nor does it have a terrorizing ration of heart-toggling kisses in rain-glugging clinches. “We shot an ending where they kissed, Rashida and me, we kissed,” Frost told me recently. “And once we got to the editing, it didn’t work. It shouldn’t be about that for Bruce, it should be that he’s done this for himself. Y’know? It’s that thing, so often you look at characters in a romantic comedy, where he essentially gets the girl at the end. If! If three weeks after the film ends, that girl says to that guy, you know what? I’m so sorry, but this guy is not for me? That guy is back to square one and he’s ruined. But essentially, I think that if Rashida, if Julia, went home? Bruce would be all right now. He’s fixed himself. You see, in London, I think the press, half the people liked the film, the other half, people seemed to just not trust it. It’s an odd thing, that a film would just be earnest and nice and be about dancing, some comedy. People were like, where’s the robot fucking someone up? Why hasn’t a city block been demolished? A not-cynical world was frowned upon.” Also: not to put too fine a point on it, Rashida Jones’ freckles are one of the great, underappreciated special effects of twenty-first-century motion pictures. With Olivia Colman. 98m. (Ray Pride)