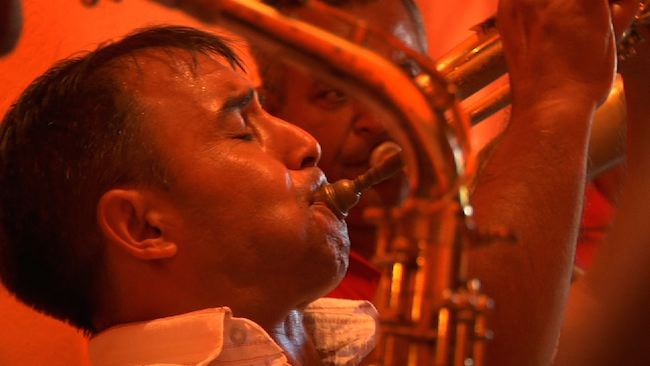 More than seventy films and fifty bands are packed into the first weekend of May in what looks to be the best lineup in CIMMfest’s six-year history. (You’ll find highlights from the performances in the Music section.) I’m excited to see former Chicagoan Joe Angio’s long-in-the-works “Revenge of the Mekons,” and how the doc embraces their longstanding commitment to their values as well as decades of making marvelous music. Documentarian Ron Mann will come down from Toronto to present two of his more musically minded nonfiction films, “Twist” and free-jazz chronicle “Imagine The Sound.” GOBLIN live-scoring Dario Argento’s “Suspiria” at the Metro is one of those out-of-the-ordinary events that make festivals, film and otherwise, a place for those of like minds to assemble. Other live scores include Mary Shelley with Eisenstein’s “Battleship Potemkin,” Califone with Pat O’Neill’s experimental “Water and Power” (1990) and Wrekmeister Harmonies “bristling psychedelic squall” atop 1922’s Swedish-Danish horror film, “Häxan: Witchcraft Through the Ages.”

Among other feature attractions, Mitchell Kezin’s “Jingle Bell Rocks” should pay off its extended gestation with the stories the Canadian documentarian tracked down about his twelve favorite holiday songs, eccentric, even haunted ones that stand tall on their own. SXSW co-founder Louis Black will expound upon John Sayles’ hardly seen birth-of-rock ‘n’ roll allegory, “Honeydripper.” 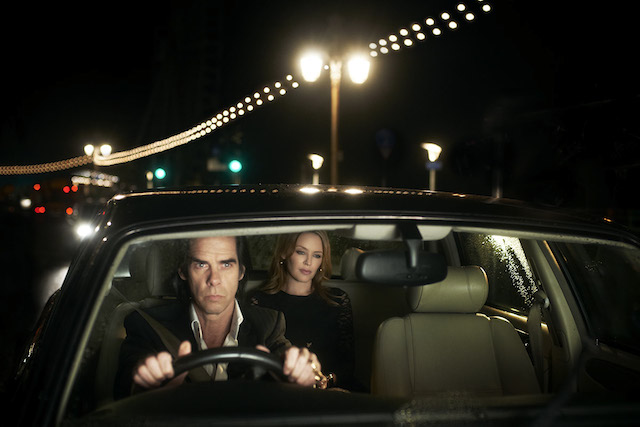 Iain Forsyth and Jane Pollard’s “20,000 Days On Earth,” is a stellar highlight, a rich, luxuriant, calibrated portrait of Nick Cave, told as if it were taking place in a single day, in words, music, a first-time psychotherapy session and personal hallucinations with former musical partners Kylie Minogue and Blixa Bargeld in his car as he drives alongside the sea near his Brighton, England home. It sounds like so much attenuated tosh, but it’s a wounded beauty exploring the creative process in a fresh and often-brilliant fashion.

“Brasslands,” credited to ten co-writer-directors working as “The Meerkat Media Collective,” is another standout, a lovingly paced account of three groups of competitors heading to Serbia for the Guca Trumpet Festival, the world’s largest trumpet competition. I talked to co-director Adam Pogoff, whose extended family—“dozens of people”—hail from city and suburbs alike, including Lincoln Park, Highland Park, Deerfield, Northbrook and Skokie. The Meerkat family also follows extended families, and the supple, patient observational style sneaks up on you. (Cutting on color as well as motion adds to the brisk, time-jumping pace.) European and American audiences have reacted differently, but Pogoff says that “both audiences are interested in the cultural- anthropological aspects of the film, like the people who attend the Balkan camp in the Catskills, embracing a culture that’s not your own—the campers, members of [the group the film follows], and other U.S. bands that play Balkan music. I think it makes our American characters likable. They are committed to playing this music and learning about the culture for the pure love of it. As one of the characters says, ‘We don’t share a background or language, the only thing connecting us—the band and Serbian musicians—is the music’.”

The process was unusual, and in a way, like a band jamming for eons before arriving at a sound. “The ten of us would get together every Monday night for two hours for over two years and go through the footage together, discuss scenes and themes and make the film together, very collaborative every step of the way. 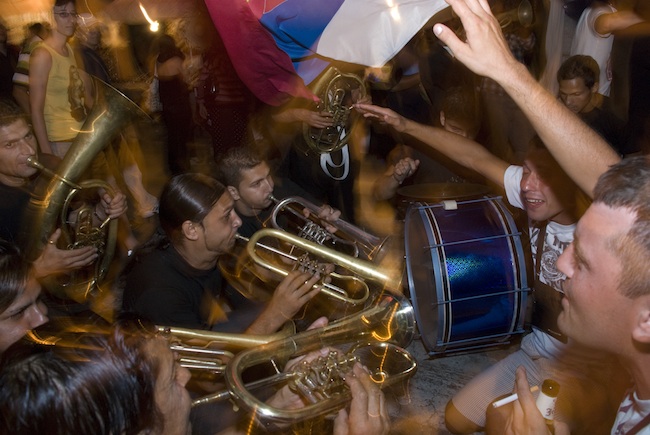 From a practical standpoint this film wouldn’t have been possible without a team large enough to have three or four crews operating simultaneously in Serbia. Story-wise, the film wouldn’t be what it is today without those ten people. Each of us brought different interests, areas of expertise, and strengths. It’s a very unconventional way of making a feature film. I’m not sure there’s been anything else like it in terms of process.” How so? “The uniqueness was in the writing not forming/coordinating large crews. The writing process happened through consensus, so we moved forward by hearing as many voices as there were people in the room and voting about what narrative and stylistic choices to make. This is usually the job of one or maybe two directors, but in this case there were ten.”

Of the meetings, Pogoff says, “The process required a great deal of respect and trust and we all listened and seriously considered what each person had to say. But we went into each writing meeting with an agenda, so it was a structured process in that way, not just a freewheeling conversation about whatever someone felt like talking about that particular day. I feel like I had to check my ego at the door. At first I was hesitant to share credit for my idea but realized that there was absolutely no way I could possibly make this film without the help and commitment of so many people with whom I really respected and admired. Also, who the hell would want to donate two hours every week for someone else’s film without getting credit? It was very important that all ten of us felt ownership. There was not room for ego.”

It sounds like a lowercase version of the PIXAR “braintrust,” where all their bigs pitch in regularly on every project. “But with a much lower budget,” Pogoff says.

“Brasslands” also lingers on instants with characters, offering breathing room all the way up to the competition. I wonder how far into sculpting all the footage did the team wind up with something close to the final pacing? “Great question! We had so many cuts… at least half a dozen. Pacing was definitely one of the most difficult things to nail. One example of where we played around with the pacing was by making the international competition and Serbian competition on separate nights. Then the next cut they would happen on the same night. Then in the next cut the Serbian competition wouldn’t make it into the film. On a more macro level, it took us a while to figure out when in the story we arrive in Guca. We had to very clearly establish the [American band] and the Balkan music scene here in the U.S., but not front-load the film with too much information. Once we arrive in Guca we more or less wanted to move pretty swiftly to make the festival feel like it takes place over one crazy day.”

The Meerkats amassed 300 hours of footage, from “three to four crews operating simultaneously in Serbia,” Pogoff describes. “Each crew had a translator. Then it took about a year getting all of the footage translated from Serbian to English. We were in Guca for about ten days before the festival started, and for another week after it ended to show the town transform. Another movie never made it into the film: the townspeople. It took us four years to make the film and I think we’re all pretty satisfied with what we got out of it. In other words, the editors don’t want to touch trumpets again for a while.”