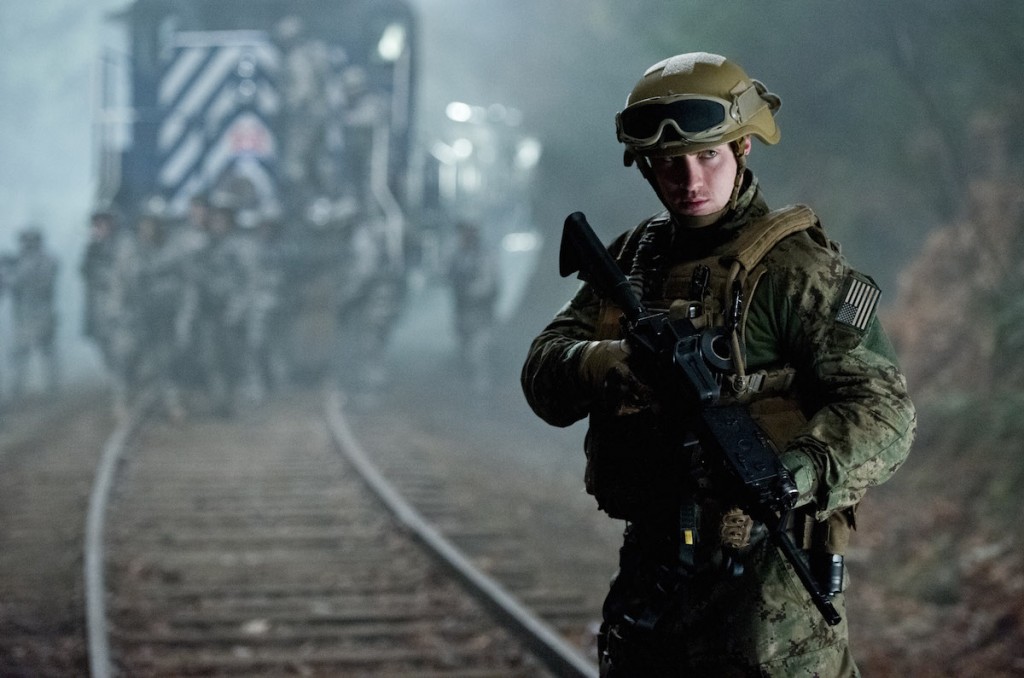 Monsters! Second-time feature filmmaker Gareth Edwards’ investment in “Godzilla” is a nimble deployment of large-scale movie logic and illogic, spanning decades and bearing an unusually large cast of fine-to-galvanically-fine actors, including Bryan Cranston, Juliette Binoche, Aaron Taylor-Johnson, Ken Watanabe, Elizabeth Olsen, David Strathairn and Sally Hawkins. Edwards and screenwriter Max Borenstein don’t skimp on the nuclear cautions in so many of the twenty-eight Toho Co. “Godzilla” movies, with lovingly murmured mouthfuls like “The arrogance of man is thinking nature is in our control, and not the other way around,” with which Watanabe makes sullen wonder. Add the clean lines of the widescreen images of Seamus McGarvey, cinematographer of “The Avengers,” “The Hours” and “High Fidelity,” and a magisterially sour theme by the compulsively productive composer Alexandre Desplat and you’re talking one slick package. What will the most demanding of monster aficionados think of this big-bottomed monster hero? If their rapture matches Hawkins and Watanabe’s when they look upon the creatures from the deepest reaches, well… it will be very popular indeed. “Godzilla” stays serious-minded and serious-toned about apocalyptic quality of nuclear damage: now, instead of post-Hiroshima, post-Nagasaki, it’s post-Fukushima and also intelligently wary of the danger of EMPs (electromagnetic pulses) and worldwide flaws in the interconnectedness of the power grid. I’m making it sound dry, but it’s not. It’s crisply and clearly told, elegantly described, and tense even after Taylor-Johnson’s character becomes the one man in the world who can save the world, akin to Brad Pitt’s character in “World War Z.” 123m. Widescreen. (Ray Pride)