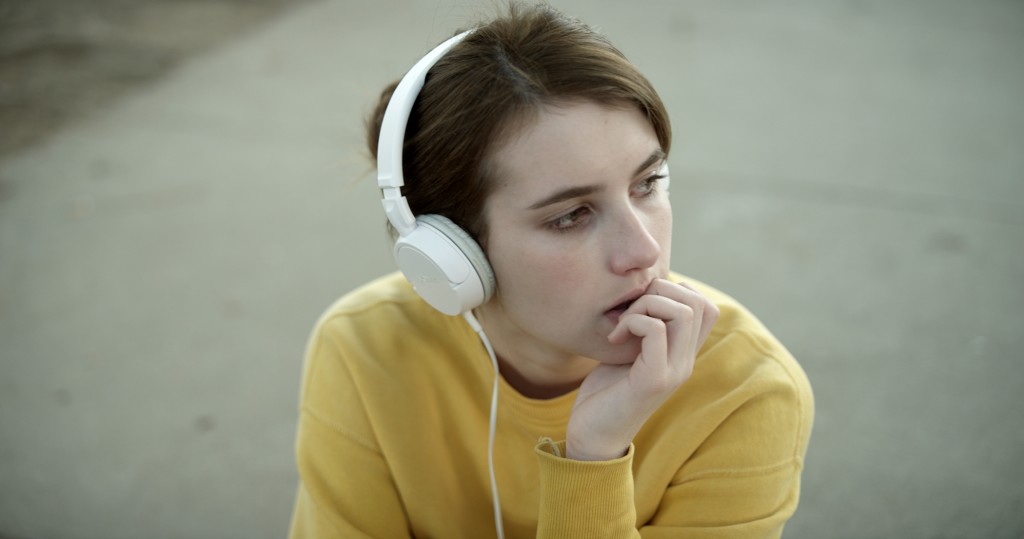 Weaving several strands from James Franco’s book, “Palo Alto: Stories,” writer-director Gia Coppola fashions a frightening portrayal of impulsive, unmoored modern teenagers. It’s a beautiful terror, with gently calibrated performances, including from Emma Roberts as April, a delicate, indecisive teen, teased as the class virgin, and James Franco as the predatory high school coach and single father who incrementally, unsentimentally, pushes himself toward her when she babysits. Franco is all over the place these days, but in both “Palo Alto” and at least one other forthcoming movie, he’s found a sturdy niche for himself: the man who is both wheeler-dealer and self-saboteur, the dark man who could be mistaken for a monster, both in behavior and in the mirror. But he’s a man. Flaws flicker across his impatient and handsome features.

The other stories include the imbalanced friendship of the artistic Teddy (Jack Kilmer) and his impulsive, thoughtless friend Fred (Nat Wolff). (“Fuck good, guys. Fuck good!” exemplifies his snappish reactiveness.) Emily (Zoe Levin) is another friend drifting in and out of these circles; April may want Teddy and Teddy may have Emily and Fred may have Emily and Teddy may want April, but it’s all looks and glances and grabbing the first, wrong thing at hand, be it the wheel of a car while drunk, a skateboard in flames, or just a blowjob. Just. A. Blowjob. Right? All whispers and wisps. These drifting kids could be archetypes or self-smothering husks—Larry Clark and Gus Van Sant and Richard Linklater and Harmony Korine and Sofia Coppola are among those who have been down there for a visit—but Coppola is watchful of all the flickering particulars that Wolff and Kilmer and Levin and Franco and especially, Roberts can deliver. So gentle, vulnerable, volatile, frightened. Faces in motion, drenched in, swept by, crushed by emotion. She makes pretty pictures but she knows how to see faces. The sets are telling, the costumes are fantastically apt. But the twenty-seven-year-old Coppola, who is a granddaughter of Francis Ford Coppola and niece of Sofia Coppola, finds a dreamlike drift to her first feature, suffused and detached, a woozy memory or a memory of a memory of a memory. You were there. You don’t remember, really. But that sensation: I was there. So slight and so right. With Val Kilmer, Chris Messina, Talia Shire, Janet Jones Gretzky and the voice of Francis Coppola. 98m. (Ray Pride)