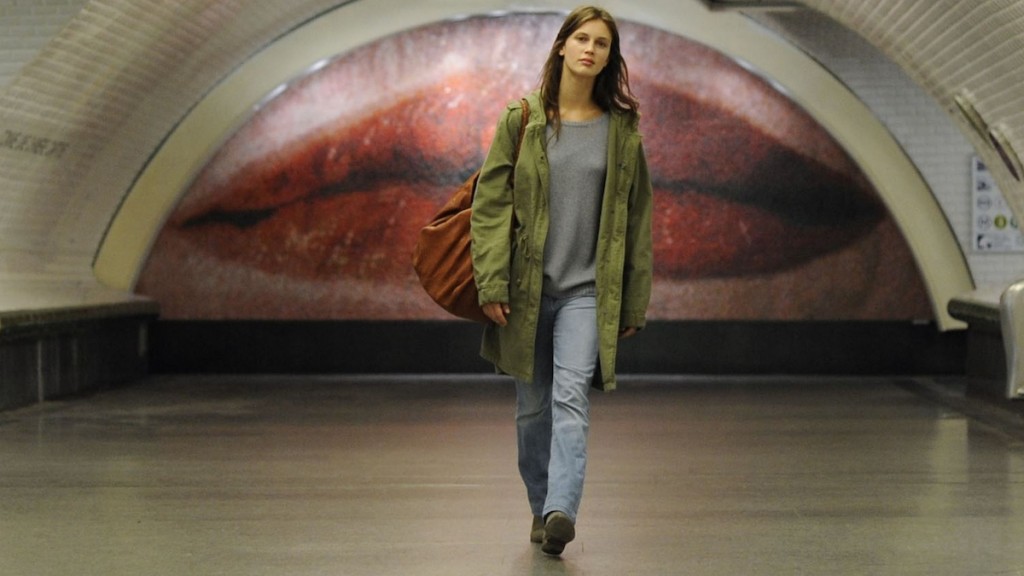 A beautiful French teenager turns to prostitution, no explanation offered. In the forty-six-year-old François Ozon’s fifteenth feature, “Young and Beautiful,” enigmatic seventeen-year-old Isabelle (coolly mysterious Marine Vacth) starts to turn tricks with older men after losing her virginity to a boy her age without satisfaction. It’s very French—the original title “Jeune & Jolie” was the name of a now-defunct fashion magazine for young women—and of a piece with Ozon’s long line of refracted sexual provocations which includes “Swimming Pool” (2003) and “In the House” (2012). Still, its blank surface seems new. Dwelling on the surfaces, her embrace of prostitution is casual and chilly, and the film resists psychology, especially in the assured performance of Marine Vacth. Ozon has repeatedly asserted that the movie is about modern youth, not prostitution. Ozon’s spot-on in the press notes: “Adolescence is often idealized in cinema. I didn’t want to depict adolescence merely as an emotional time but also, and above all, as a hormonal one. Our bodies go through intense physiological changes, and yet we feel kind of numb. So we assault our bodies in order to feel, we test our limits physically. The theme of prostitution provides a way to highlight this, to illustrate the questions of identity and sexuality raised by adolescence. Sexuality not yet connected to emotion.” He wanted to look, he hoped to understand. And “Young & Beautiful” largely feels like a report of the moment, an emotional weather report, a simple, sometimes elegant statement of the state of things, across four seasons (as well as four songs). No Buñuel-like, “Belle de jour” surrealism, no enormous political canvas to be drawn and illumined, no reductionist pronouncements of psychology: just large, curious eyes, looking without hurt or hope or damage but also without affect. 94m. (Ray Pride)

“Young & Beautiful” opens Friday, May 16 at the Music Box.