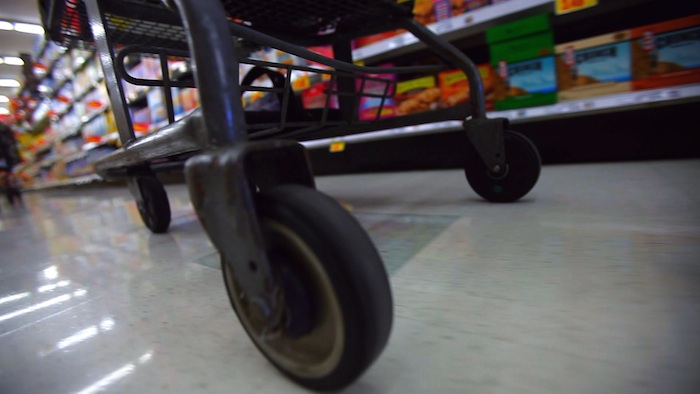 I’m not as angry reflecting on the nonfiction jumble “Fed Up” as I was during its slovenly length, but from modest distance, it still feels like a ruinously wasted opportunity, an inconvenient botch. The future of food is a virtuous and valuable subject for journalism, and there’s already a small buffet of documentaries on the subject. But the glib, brightly colored, overstuffed “Fed Up,” near-ADD in its disorganization, is hardly more than empty audiovisual calories. Co-producer-narrator Katie Couric intones substandard television narration to stitch together the episodes, and pretty quickly I knew it wasn’t my cup of Olympian patronization. (Couric describes a “veritable tsunami of obesity.” “Veritable tsunami,” uh-huh.) Class condescension rises through the depiction of obese young people, given small, low-grade video cameras to confess to when they’re hungry. The parents are given ample time to describe their poor diet choices, but the effect is more patronizing than illuminating. “I know what my family will eat” doesn’t amplify a point already made by going to unnamed schools where children throw away healthy food when denied tater tots. Several occasions of guerilla footage of unnamed women’s asses on city streets also has a distinctly distasteful taint. Surely inadvertent, it still reflects poorly on director Stephanie Soechtig, as well as co-producers Couric and Laurie David, both of whom became wealthy through a medium, broadcast television, which relies for its vast profit on the hundreds of commercials “Fed Up” mocks. While it’s bracing to see relentless name-calling of Coke, Pepsi, KFC, Kellogg’s and dozens of other food processors and sugar vendors, the commercials are presented in montages with no chronological sense, providing enough anecdotage to sink the film’s later, measured, prescriptive conclusions. Yes, we have placed private profit above public health, to paraphrase a still-angry former government official. Bill Clinton is presented as some kind of sage, despite saying little more than bromides about his failures, while Michelle Obama takes deserved blows for abandoning a child-nutrition initiative after pushback from megacorporations. (When the First Lady is shown to demonstrate the filmmakers’ conspiracy theory, rare malice slips attractively into the mix.) At least this farrago isn’t as awful as the hateful “Salinger,” and it has good intentions to pave its road to VOD. Or, it could turn out to be a valuable teachable moment, demonstrating to future documentarians how not to convey complex information. The interviewees include Michael Pollan, Tom Vilsack, Mark Bittman and glimpses of the likes of Michelle Malkin and Sarah Palin being shrill. “Fed Up” has a hashtag—#SUGARFREE—as well as a website, fedup.com. 99m. (Ray Pride)

“Fed Up” opens Friday, May 23 at Landmark Century.