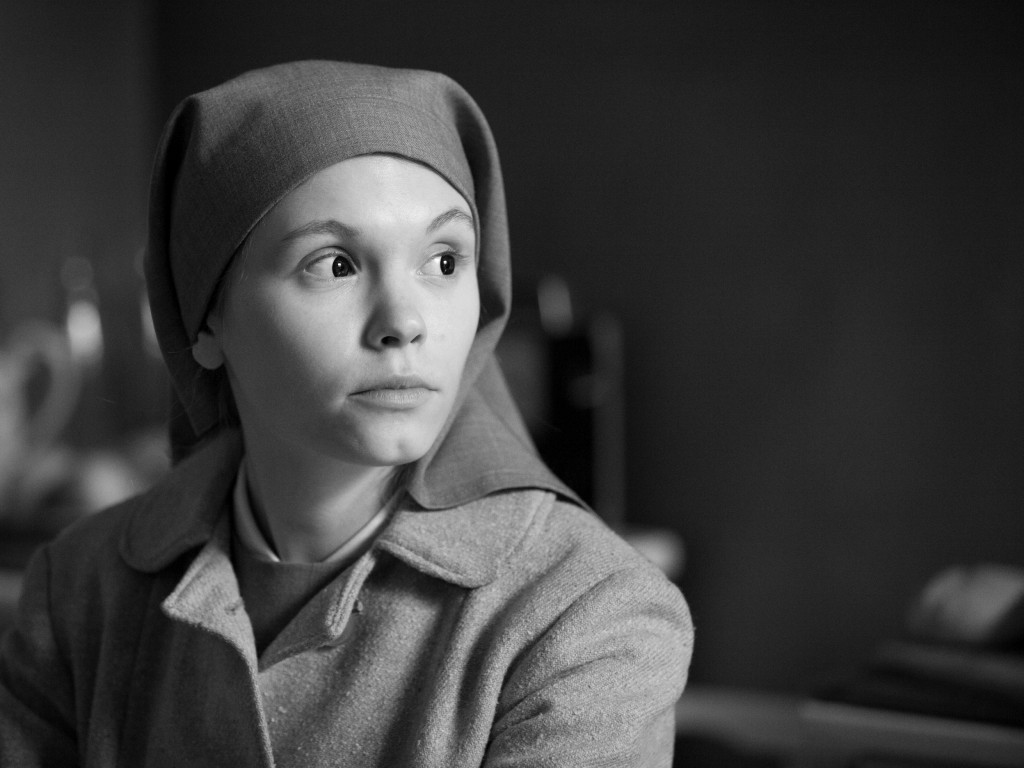 Pawel Pawlikowski’s hushed, elemental story of a young Polish woman’s discovery of her history and herself in the early 1960s as she’s about to take vows as a nun shimmers with beauty and detail: it’s breathtakingly great. “Ida” is the name of the protagonist, but as the film opens, she doesn’t know that: she’s Anna. Her Mother Superior insists that she (Agata Trzebuchowska) has to make one visit before taking her vows, to an aunt in the city. Wanda (Agneta Kulesza) is a chain-smoking, hard-living Communist Party insider, who tells her the family secret. They’re Jewish, and the family was massacred during the Nazi occupation. Myriad legacies swirl, for Ida, for Wanda, and for the legacy of Polish filmmaking itself. Pawlikowski, known for movies like “My Summer of Love,” makes a film as concrete and as mysterious as any he has made, and part of it is the form, a rich black-and-white image, shot in the nearly square 4×3 “Academy” format of movies from Poland’s great cinematic heritage. There are surely ample footnotes to be made about photographic influence, but what matters is what has been made from influence: a movie that feels like it is a window looking into the distant past, in a format and fashion akin to its era, but which also feels contemporary, timeless and never anachronistic. It is a movie in its moment, but also of its moment: Pawlikowski, and only Pawlikowski, could only have made it in this moment. Shot to shot, each and every element thrills. (The insurgent emotions in the scenes I haven’t described further illustrate the world past and the worlds ahead that Ida may embrace or reject.) While the non-actor Trzebuchowska is superb in indicating near-silent acknowledgment of all that swirls around her, Kulesza, with superlative presence, is the star of the show in every frame she enters or exits, electric with boundless passion, heedless fury, thwarted hope, vital cynicism passed from cigarette end to cigarette end. “Ida” is the kind of ideally realized, essential cinema that I want to see again, and soon, and again. Reviewed on 35mm. 80m. (Ray Pride)

“Ida” opens Friday, May 23 at the Music Box. The trailer is below.