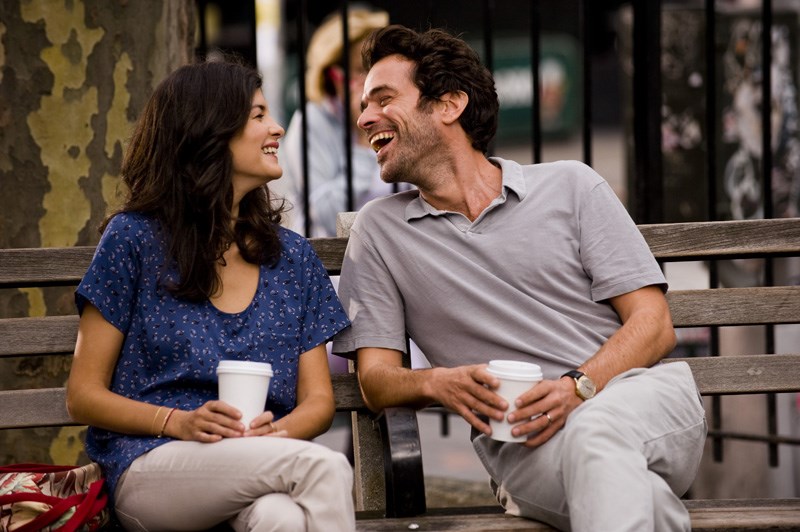 French farceur Cédric Klapisch is a maestro of complication, if not complexity. In his original screenplays like “L’auberge espagnole” and “Russian Dolls,” send-ups of whirlwind European co-productions but also cosmopolitan romantic comedies, the writer-director winds up and sets loose his alter ego, shaggy, boyish womanizer Xavier (Romain Duris). Now Xavier’s a forty-year-old novelist propelled into a minefield of interpersonal complications. Klapisch concludes his loose trilogy that began with “L’auberge” years ago by bringing back the women from that adventure, especially Audrey Tautou deep into the shaggy dog stories inside shaggy dog stories. Xavier pursues his wife and two kids from Paris to New York, where she has a new flame, and he’s also donated sperm to a lesbian friend. Globalization gets giddy, goofy riffs in comic, personal form. Klapisch notes Wilder and Capra as models, and he’s learned from their speed and matter-of-factness even while he litters both foreground and background with telling detail. While facile and frivolous, the buoyant “Chinese Puzzle” is never less than sweet and likable. 117m. (Ray Pride)

“Chinese Puzzle” opens Friday, May 30 at Landmark Century. The trailer is below.