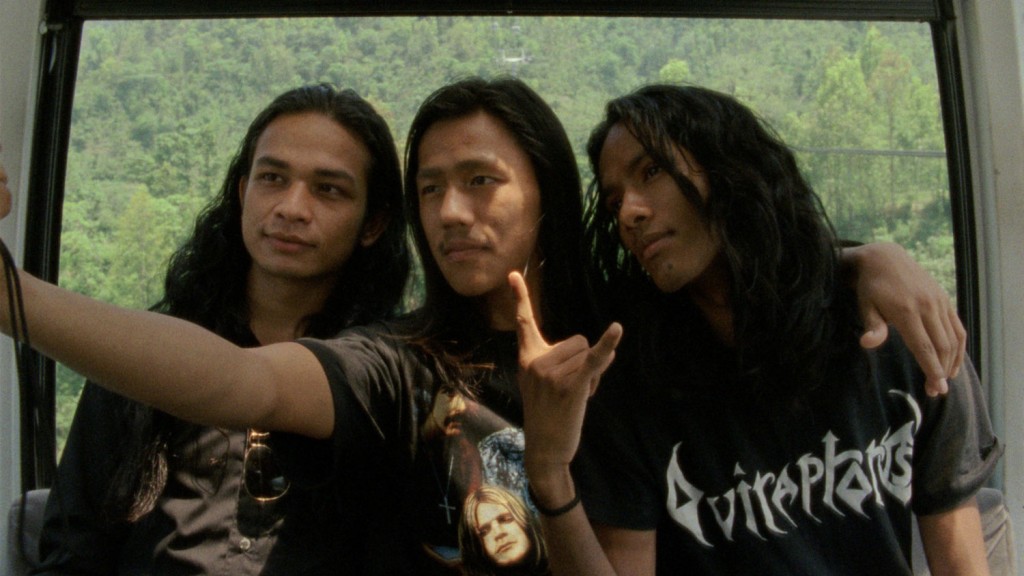 In Stephanie Spray and Pacho Velez’s structuralist film “Manakamana,” a cable car, high above a jungle, ferries pilgrims to a Hindu shrine in remote Nepal near the Chinese border, shot in eleven ten-minute takes, shot in the duration of 400-foot reels in the 16mm film format. Produced by Lucien Castaing-Taylor and Véréna Paravel and Harvard’s Sensory Ethnography Laboratory, who were behind “Leviathan” and “Sweetgrass,” “Manakamana” is a similar exertion of form on content, designing nonfiction with nonfictional means to construct eccentric yet fixating minimalism. There’s a trick to it. Beyond the rich, post-production sound design, the faces we examine in these unbroken takes, the verdant world roiling behind their heads on their journey to worship a wish-fulfilling goddess, aren’t random, but instead were cast to strengthen both the essential portraiture and the unpredictable tensions between the participants. In the press notes, Velez admits, “Casting is a guilty pleasure. I get to inspect people, head to toe, in a way that would be totally unacceptable in other parts of my life. It’s this intuitive, haphazard process that boils down to a single, fairly rude, question—do I want to look at this person for an extended period of time? Someone who, for whatever reason, captivates us.” Their unbroken gaze, sometimes but not always acknowledged by their subjects, captures flickers of emotion and sensation. There is little dialogue and no explication, only a succession of dreamy rides, one of which is given over to goats. 118m. (Ray Pride)

“Manakamana” opens Friday, May 30 at Siskel.