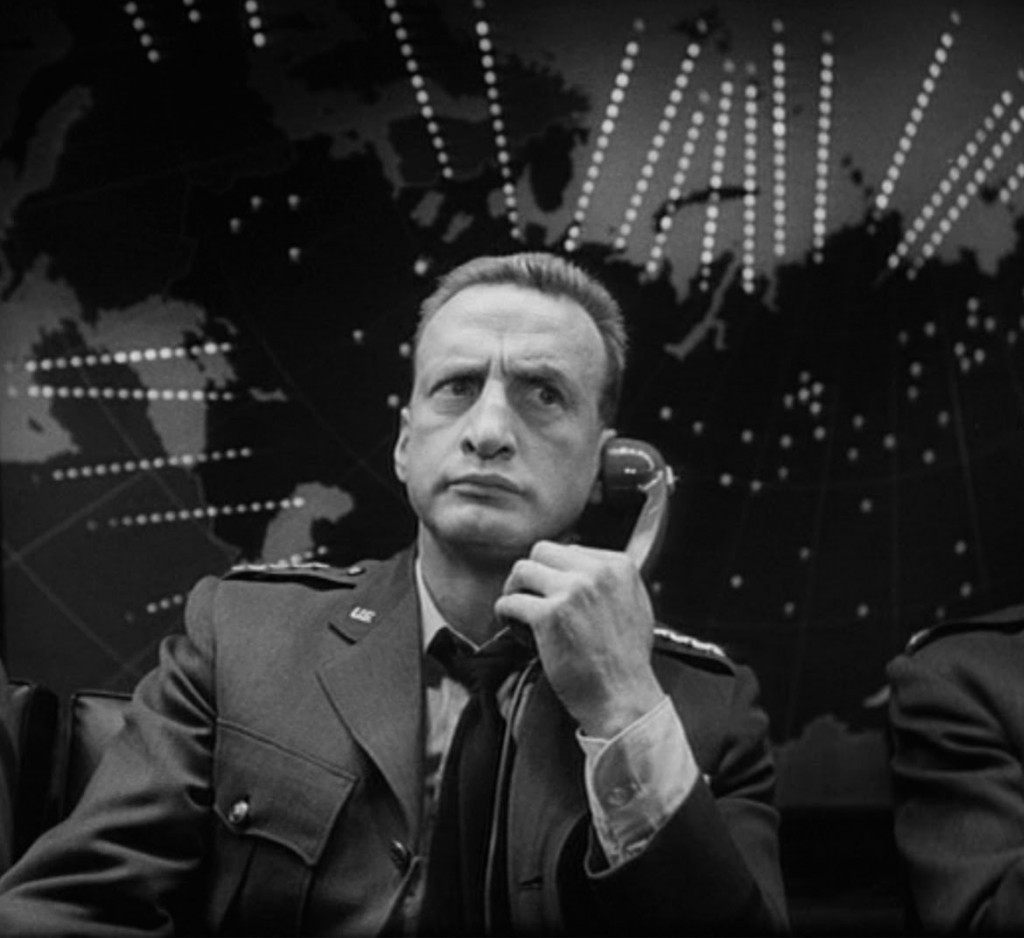 John Boorman called one of his published diaries “Money Into Light,” a splendid title for the still-to-be-written story of the machinations that led to the abrupt demise of the century-plus of celluloid filmmaking and exhibition to the digital domain of movies today. Investments were made, money was saved, one art form was replaced by another.

A couple of notable events in Chicago in June highlight how rare and special the once-standard format has become. First up, there’s a new 35mm print of Stanley Kubrick’s “Dr. Strangelove, Or, How I Learned To Stop Worrying And Love The Bomb” (1964), which Kubrick himself had supervised in a frame-by-frame re-creation in the 1990s to replace a lost or misplaced negative. That kind of “asset protection” was something the owners of film libraries didn’t think about until the last couple of decades, and traditionally, the negatives of movies got beaten up badly. Even “The Godfather” and “The Godfather Part II” required restorations in 2008.

A second is the June 23 premiere at the Music Box of a 35mm restoration by the Northwest Chicago Film Society of a long-unseen hillbilly Western swing musical, “Corn’s-A-Poppin’,” written by Robert Altman. And, recently, the Music Box presented Pawel Pawlikowski’s gorgeous black-and-white drama “Ida,” in 35mm. When “Ida” was press-screened a few weeks back, the projectionist looked it up:  this shimmering anachronism was the screening room’s first paid exhibition of film in 389 days: the digital handover had been a done deal for over a year.

In a flood of articles and interviews I’ve read in the past month, there’s been spluttering and stuttering about the sudden and final transformation of “film” to what American Cinematographer magazine now calls “digital imaging.”  Is it simple nostalgia or something else that tickles or tugs at someone like me who’s watched movies for a very long time when you see a slight imperfection, a changeover mark every ten minutes or so, or the smallest bit of fuzz caught in the projector gate?  It’s still pictures and sounds and storytelling, right?

Veteran filmmakers who are still at work, including Paul Schrader and William Friedkin, say the modern means of making movies is better than ever. Friedkin loves the ease and speed of shooting a movie like “Killer Joe,” and he’s gloried in the recent restoration of 1977’s “Sorcerer,” saying it’s closer to anything he had imagined than photochemical processes allowed.

But others loudly disagree. Quentin Tarantino went whole-hog at a nearly-hour long Cannes press conference: “Why would an established filmmaker shoot on digital? I have no fucking idea at all. Digital projection is death of cinema as I know it. It’s television in public. The fact that most films aren’t presented in 35mm means the war is already lost. I’m hopeful that we’re going through a woozy, romantic period for the ease of digital. I’m hoping the next generation will have more sense and realize what they’ve lost.”

There’s not just one reported story, but volumes to be written about the abrupt and decisive handover to digital, reveries about mom-and-pop drive-ins and single screens up in the mountains and seashore film shacks that couldn’t afford the bank loan, of lab technicians, who, to use Jerry Lewis’ emblematic but off-putting phrase, had spent their lives “licking emulsion.”

I remember the smell, and even the taste of film emulsion from way back. Those specific memories resonate more than another 3D iteration of stock superhero stories going through their paces. There was a tiny screening room where I went to college. The 16mm reels were barely a thumb’s width and none too sturdy. Sometimes, 35mm was shown, but I never mastered those projectors. The wobbly reels of 16mm, kind-of sort-of. In the small room, hardly more than a fistful of seats, my fellow programmers smoked. Those white gray tendrils would coil, rising upward, in a gentle dance with the spiky motes. On the screen, those films would dance in black-and-white. Impossible cascades of rain on alleys and streets plainly shot on backlots. Close-ups of upturned faces, looking for something above, hope, desire, deliverance. The grain of the film stock, even so distantly removed from its original negative to create the reduced 16mm print, still felt dreamy, tactile. (Formative memories, I know.) Then you would press the reels back into the casing, and back on the train to return to its depot, the dreaminess and smoke and the dust in the air reduced to a necessary physical action. It’s not the same returning a Blu-ray to its collectible casing, or clicking to the next column on Netflix.

It’s that kind of physicality I miss, especially with streaming video. Cinephilia was the clank of metal boxes, the unfurling of lurid posters, plus the scarcity of everything. Taking the New Yorker’s Richard Brody slightly out of context, “Thanks to DVDs, streaming video, cable channels, and the remarkably vigorous revival-house scene, classic movies are ubiquitous; yet the history of cinema is receding by the moment…. As the history of cinema recedes, its works and its artists tend to fall into an undifferentiated glow of veneration—an idealization of styles, manners, and practices arising from the very fact that they’re of the past. The history of cinema often veers toward nostalgia, in overt resistance to the modern.”

Projected film was never modern. That was also part of the glory and allure. The machines make a satisfying series of mechanical clicks, purrs and whirs. And there was dust, always dust; dust in the foreshortened cones of white light, fluff or hair in the gate, juddering quietly, maddeningly, until it slipped to the top of the frame and away, dust deep into desiccated carpet, rising with each shuffled footstep as from Charles Schulz’s Pigpen character. But that’s all static. Every week there’s an advancing flood of new work, making it impossible for anyone to “cover the waterfront” anymore, to use former film critic Paul Schrader’s phrasing. Ideally, an age of intelligent curation is ahead of us, as movie reviewers, programmers and indignant, obstinate cinephiles who still care can point to remarkable new work by a fresh generation of moviemakers without that history of dust. Let there be light.

“Dr. Strangelove, Or How I Learned To Stop Worrying And Love The Bomb” opens Friday, June 6 at the Music Box.