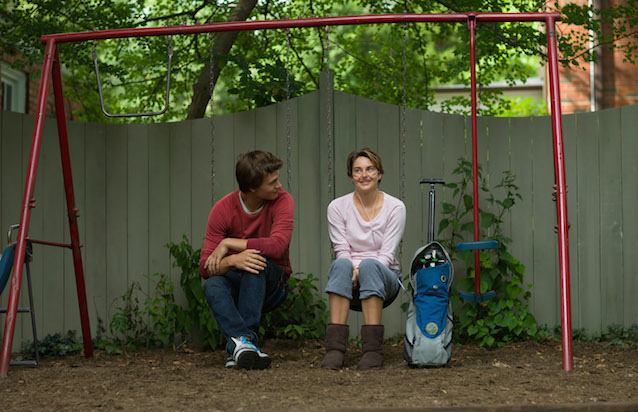 I am bobbing on a sea of a hundred weeping teenage girls. Just now, they were crying inside the theater, too, several hundred more as well. Audibly, physically, unabashedly, visibly sobbing in the outline of their heads and shoulders quavering against the screen as I watched them watch “The Fault In Our Stars.” “This is the truth… sorry,” young Hazel (Shailene Woodley) narrates at the beginning, and the truth, sorry, is that “Fault” made $48 million in its opening weekend, and what’s more gratifying than an underserved audience having a film to see, once, twice, who knows how many times, is that director Josh Boone’s adaptation of the self-aware voice of John Green’s young-adult novel (adapted by Scott Neustadter & Michael H. Weber), is so exceptionally good, considering that it’s a swooning romance about cancer, death and “oblivion.” The visual center of the film is the feline finery of Woodley’s face, sculpted by chopped-off hair, her writerly Hazel Lancaster matched against the congenial smirk of Ansel Elgort as former jock Augustus Waters. (I was almost spent by how soon, how quickly Gus tags her with a special name of their own: “Hazel Grace.”) But fantastically, the movie is not about the piercing good looks of either charismatic actor. Woodley’s gifts as a naturalistic performer soar: her heightened, humorous, lyrical inflections take words that could die from the freight of adolescent preciousness to elemental goodness. Her lovely, loving inflections are as marvelous as her wide, brimming, hopeful eyes. 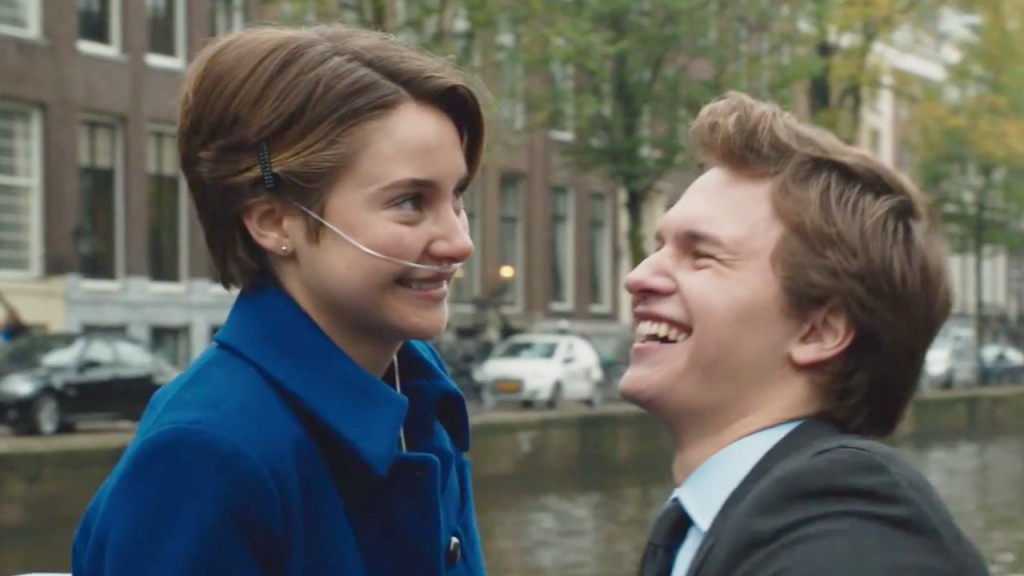 While Hazel and Gus are teenagers with cancer, Neustadter and Weber, who also wrote “500 Days Of Summer” and “The Spectacular Now”—don’t take that as narrative affliction, but instead opportunity. In unintentional design, the film is like Frank Borzage (“History is Made at Night”) meets Cameron Crowe (you know that guy), and I can’t resist a line like “I fell for him the way you fall asleep, slowly and all at once” when it is delivered with open, unabashed, pluperfect Grace. Throughout, openly bestowed affection is commonplace, the currency of this swimmingly bittersweet melodrama. Every moment is about two characters, what they do, what they desire, impulsively, fiercely, naively, not merely that they want to live, but they want to live fully in each and every moment. Here. I am breathing, despite any and all odds. I’m alive. You are alive. This is our only moment. I love you. Love me. What else is this life? The exceptional, clear-eyed cinematography is by Ben Richardson (“Beasts of The Southern Wild,” “Drinking Buddies”). The uniformly superb cast includes Laura Dern as Hazel’s pillar-of-strength mother, whose fierce devotion and even more fierce attention resound, Nat Wolff, Sam Trammell, Lotte Verbeek and a particular acerb Willem Dafoe. 125m. (Ray Pride)

“The Fault In Our Stars” is now playing. Please open your tissues before the lights go down.