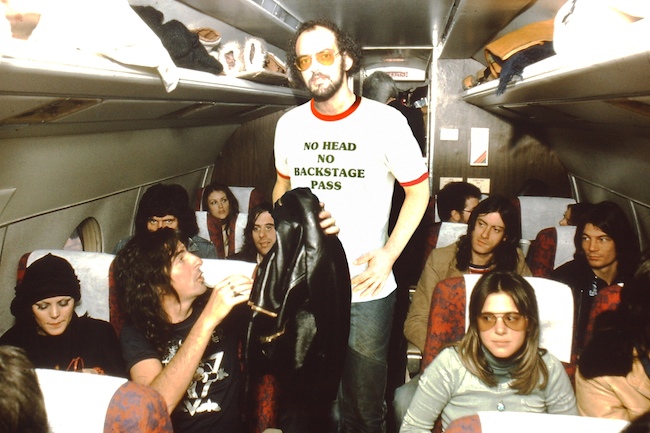 Mike Myers’ “Supermensch: The Legend Of Shep Gordon” is a genial, ribald hagiography of the longtime manager of musicians and performers, beginning with Alice Cooper and through the decades toward his creation of the celebrity chef. “The consummate Hollywood insider” is a phrase that suits this friend of the Dalai Lama. In what one would presume is a characteristic shared by the director and his former manager, famous face after famous face testifies to Gordon’s tendency to throw himself into his work, which was the work of others, in lieu of defining his own personality. But “Supermensch” may be strongest in showing how he realized that before it was too late, shifting his priorities, living well and helping others in ways besides making them rich. Tales of all manner of hedonism, drug use, drug abuse and sexual excess abound, and they’re all funny. You get the sense they’re well polished, but they’re also well told. The interviewees include Myers himself, Cooper, Michael Douglas, Sylvester Stallone, Anne Murray, Willie Nelson and Emeril Lagasse. The client list impresses, too: Ben Vereen, Blondie, Charlie Trotter, Chris Difford and Glenn Tilbrook, Daniel Boulud, Frankie Valli, Gipsy Kings, Groucho Marx, King Sunny Ade, Larry Forgione, Luther Vandross, Michelle Shocked, Nobu Matsuhisa, Raquel Welch, Roy Choi, Teddy Pendergrass and Wolfgang Puck. 84m. (Ray Pride)