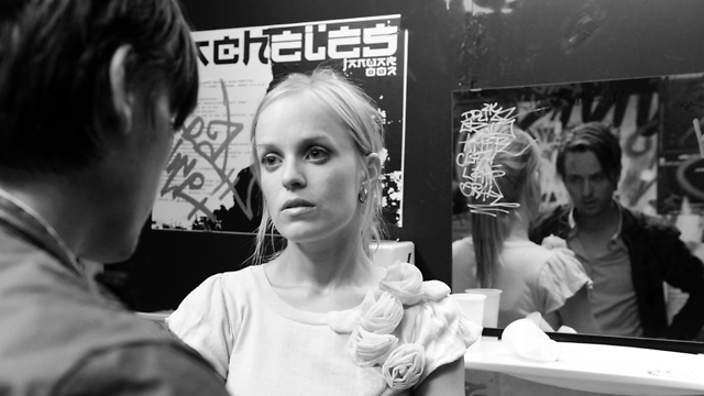 (Oh Boy, 2012) A hit and prize-winner on its home turf in Germany, “A Coffee in Berlin” is a wan but often winning slacker comedy, with gentle, unintentional parallels to the feel of Noah Baumbach and Greta Gerwig’s “Frances Ha.” (“Francis Ja,” anyone?) Or maybe Jim Jarmusch in the 1990s? German comedy does not often travel well, but “Coffee” looks as slick as any other recent film imported from Germany, with gorgeous, glassy black-and-white cinematography. Young, floppy-locked beaten-down Niko (Tom Schilling, “The Baader Meinhof Complex”) is on the ropes after his girlfriend dumps him and his father finds he’d dropped out of college two years ago to “think.” He’s not nearly young Werther: just a young ditherer. Director Jan Ole Gerster keeps the dialog popping, with characters rat-a-tatting judgments along the lines of “You were born an alcoholic because your mother couldn’t stay off the alcohol and all you need is a hug.” Many illusions to earlier movies are discernible, even before “Taxi Driver” references take the stage. The film finally finds its footing when the story turns serious, providing a necessary counterpoint to the breeziness that came before. With Friederike Kempter, Marc Hosemann, Justus Von Dohnanyi, Ulrich Noethen. 88m. (Ray Pride)

“A Coffee In Berlin” opens Friday, June 20 at Siskel.