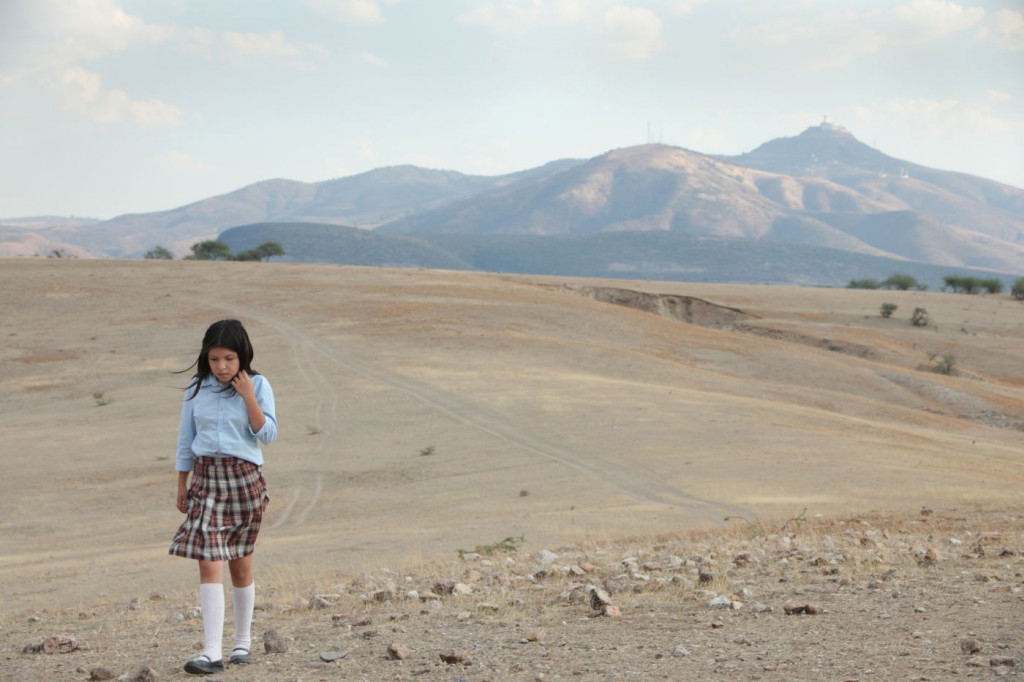 The readily scandalized, readily titillated portion of the press pack at Cannes 2013 exulted in the apparition of Amat Escalante’s “Heli,” a grisly portrayal of the brute violence that narcotics gangs visit upon Mexico each day. Escalante cites Kubrick, Argento and Leone as influences, but “Heli” goes beyond influence, both in moments of stillness and of action. With such potentially repulsive subject matter, I’m more partial to a more nuanced, playful approach, like in Gerardo Naranjo’s fine “Miss Bala,” one that encompasses terrible events, yet heightens them in a literary or lyrical fashion rather than relying, as “Heli” does, on blunt shock. (Torture, child rape, mutilation, a penis set ablaze.) Still, the unforgiving, unrelenting, hostile tone of “Heli” is electric with unforgiving, unforgivable anger.  105m. (Ray Pride)

“Heli” opens Friday, June 27 for a week at Siskel.