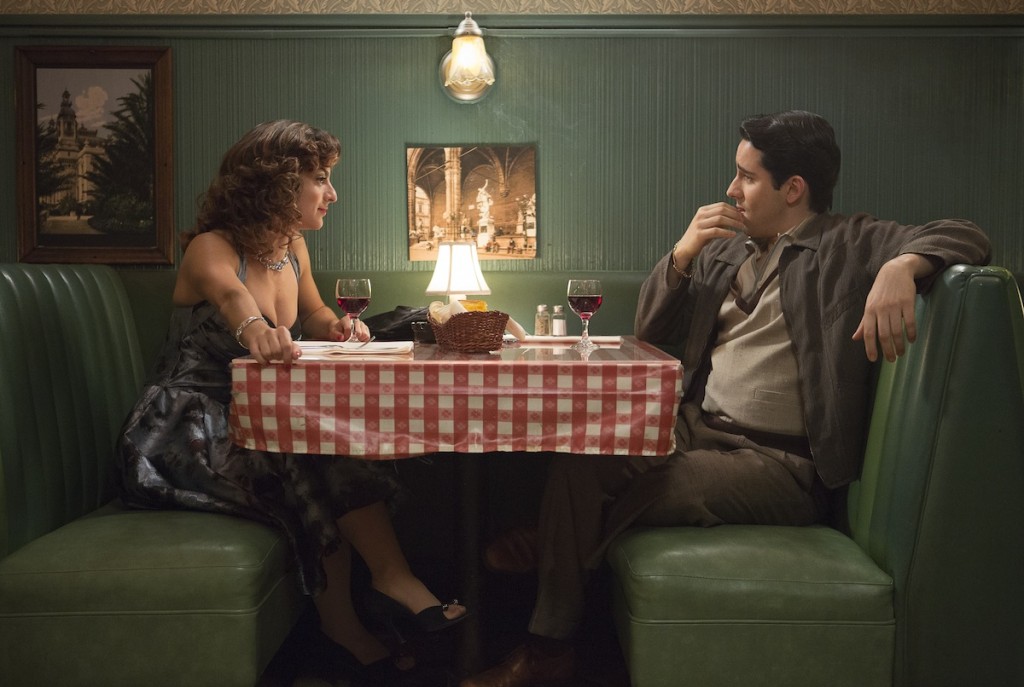 Beneath Clint Eastwood’s easygoing, even somnolent direction of “Jersey Boys” lies a wittily constructed screenplay by Marshall Brickman and Rick Elice, based on their book to the 2005 Broadway musical (Brickman’s other co-writing credits include “Annie Hall,” “Manhattan” and “Manhattan Murder Mystery”). But the small strokes of dialogue and rhyming bits of business are smothered by deadly pacing, among other things, including the whisper of “Goodfellas” at its back.  The latest of eighty-four-year-old Eastwood’s late career surprises harks back to a filmmaking era that never existed, a backlot-driven, quiet, even spectral elongation of the terse framing and blocking of his mentor, Don Siegel (“Dirty Harry”). The combination of the gentility of the settings, sometimes-slapstick comedy, shameless profanity, casually staged musical numbers and erratic casting make for an eccentric, underwhelming, but intermittently eye-opening failure. Part of the problem is John Lloyd Young as young Frankie Valli: an amazing voice, honed to Tony Award-winning sheen, does not make one a compelling screen presence. In a couple of scenes with Christopher Walken as Gyp DeCarlo, an elderly local capo-cum-fixer, Young disappears into the furnishings while Walken rolls an eye or flicks a wrist or tangles up a syllable with utmost crazy grace. Lines like “She’ll eat you alive! They’ll send you home in an envelope!” should be watertight, but you can never tell if one of the performers will pull it off or pull it under. And an inconsistent use of actors talking to camera swamps patches of self-aware, self-mythologizing, working-class, would-be-iconic narration like “There were three ways out of the neighborhood: you join the Army and maybe get killed; you get mobbed up, maybe get killed that way… or you get famous. For us, it was two out of three.” A few actors pop off the screen, including Mike Doyle as record producer Bob Crewe, flipping through dozens of precisely effeminate postures; an underused but vital Renée Marino as Valli’s wife, all simmer and dazzle and certainty behind lavish, lip-pursing lipstick; and Erich Bergen as songwriter Bob Gaudio. What an expressive face! 134m. Widescreen. (Ray Pride)