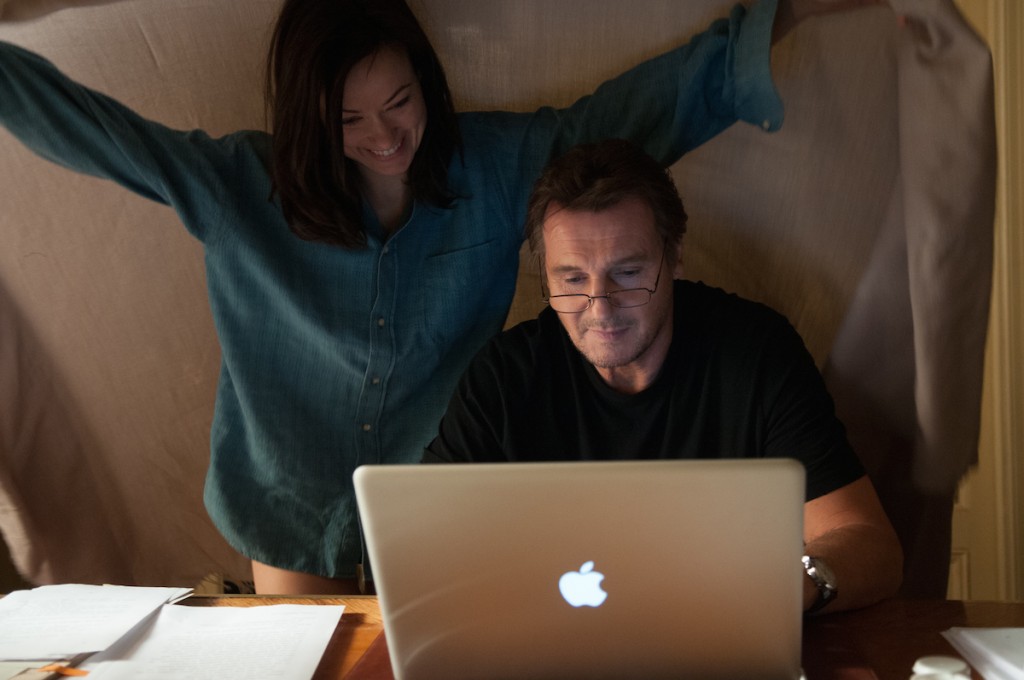 One of the most bittersweet end credits I’ve seen in recent movies comes at the end of Paul Haggis’ melodrama about jealousy and point-of-view, “Third Person”: “To all the Belgian tax shelter investors.”

Haggis laughs when I say this on a recent sunny Chicago afternoon resounding with fire trucks and ambulances on the street below the high-up hotel suite. “I had to leave this country to get financing for this film,” he says at a fast clip with a light Canadian cadence. “I knew it was going to be a European film in many ways, anyways. It’s a European sensibility, this film. Besides the fact that two of the cities, Paris and Rome, are European. That didn’t trouble me too much, but it is a shame. We didn’t even bother to think of taking this to studios. We didn’t even try. Why would we? This is nothing a studio would make today. The days of studios making adult dramas is, sadly, long past.”

The look and feel of the movie does hark back to multiple eras. “We shot a lot of interiors at Cinecitta [studios in Rome]. Some we built on locations,” he tells me. “All the hotel suites, the hotel corridors, everything’s built there. I wanted two hotels that had the same footprint exactly. It’s part of the story. Even though [production designer] Larry Bennett changed out the windows and the dressing and the coving and everything, I wanted them to feel like… ‘Is this the same place?’ No, it’s not. ‘Is it?’” 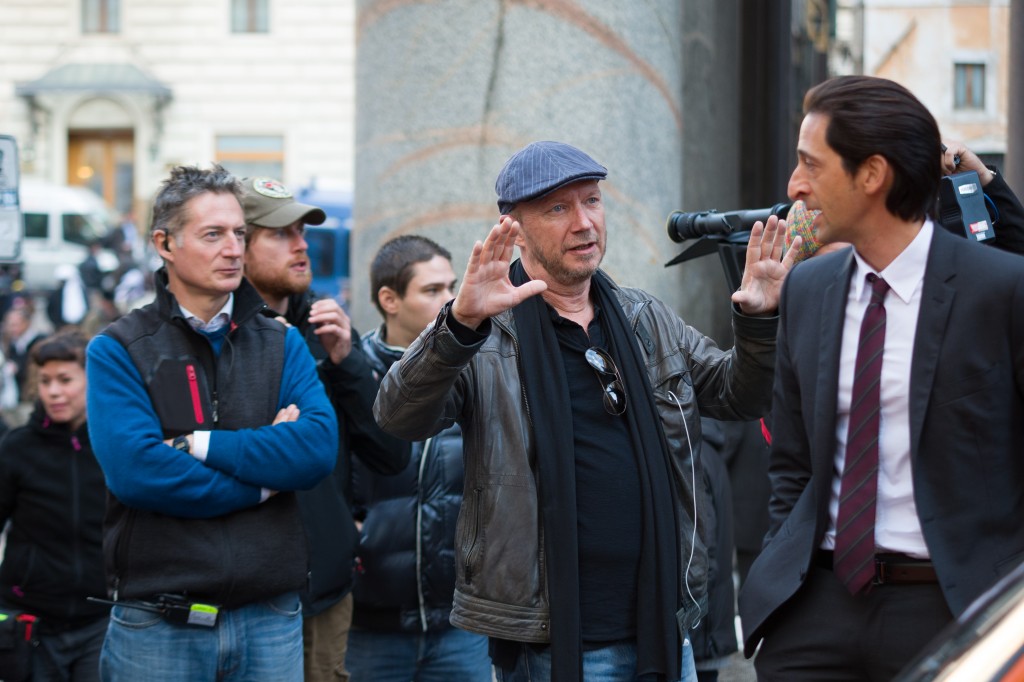 In the 1950s there were international women’s pictures, melodramas made by the likes of Visconti and De Sica, and they were called “white telephone pictures” after the huge Bakelite handsets they would broadcast their troubles into. Haggis’ story is about Michael, a writer (a lovingly rumpled and rumbling Liam Neeson) and his imagination, a writer with a silver MacBook Pro and glass of wine always at hand, often in a big white bathrobe in a luxury hotel. So, it’s a “white bathrobe picture,” in a way. It’s contemplative and fevered at once.

“I was really influenced, certainly by the filmmakers of the fifties over there, but more the sixties and seventies, international folks, not just Europeans, like Buñuel, Godard, Antonioni. They were brave enough to let the audience figure a lot of stuff out by themselves. That’s what I wanted here, I wanted it to be an emotionally satisfying piece, but at the end, you might have more questions.”

Games are played. Life-and-death stakes escalate, including the safety of children. Perspectives shift. “You want people to guess what’s going on. It was for a reason I set this in three different cities where the characters couldn’t possibly meet.” There are hints of Godard’s “Contempt,” which, of course, was partly about emotional chasms in a relationship between a jaded older man and a much younger woman (Brigitte Bardot there, Olivia Wilde here). Haggis nods, smiles at that observation, adds nothing. 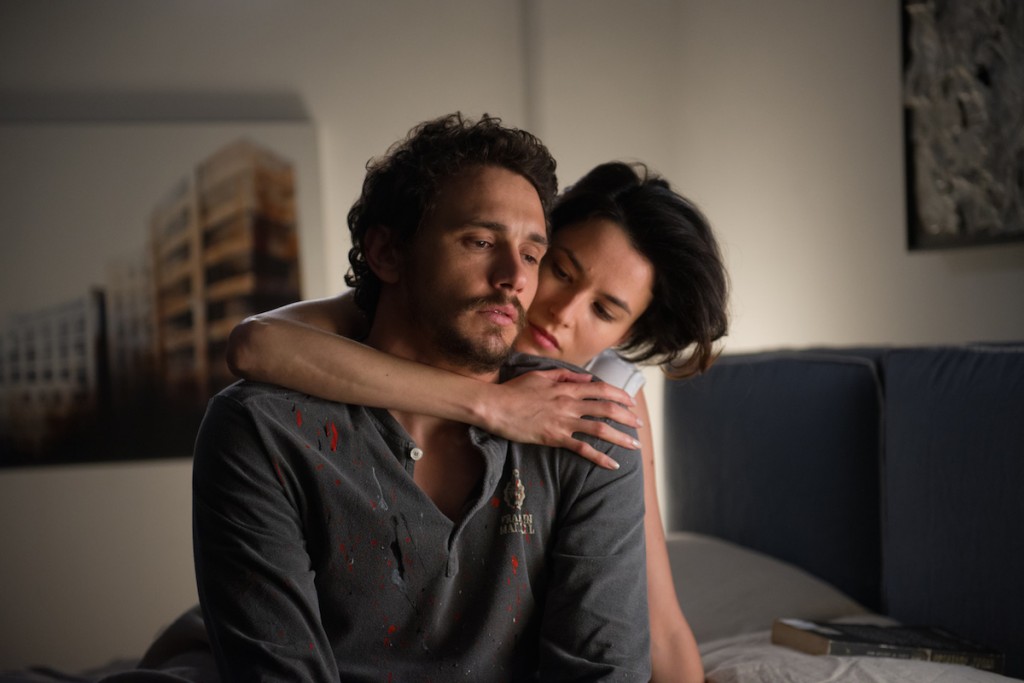 Haggis also chooses to shoot his characters full body many times. (The actors in the intertwining stories include Maria Bello, Mila Kunis, James Franco and Adrien Brody.) There’s a lot you can represent just by the weight on someone’s shoulders. “Yes. I love doing that,” Haggis agrees. “I did that especially in ‘The Valley of Elah,’ in which almost all the emotional scenes play on someone’s back.”

The title indicates, perhaps, that the three stories are meant to describe different states of relationships, or different types. “Yeah, I purposely put the beginning, middle and end of a relationship, but that was an early construct that doesn’t really inform the picture that much. I was fascinated by the—I’m always fascinated by myself!” Haggis laughs. “Being a narcissist! But there were questions I had that I couldn’t answer about myself, primarily, but also about others I had been in relationships with, why did they act that way, why do I act that way? What happens if you trust someone who’s untrustworthy? And if you just decide to believe them, no matter what or how much evidence points to the fact that you shouldn’t trust them.”

I try to do that in my life, I say. Boy, you can really get whammied. “You sure can! But also, you can really win that way. By trusting people, people win and lose in this movie. And by closing themselves off and vilifying others, people lose as well in this film. There’s two or three people who ‘win’ in this film, and they earn it.” 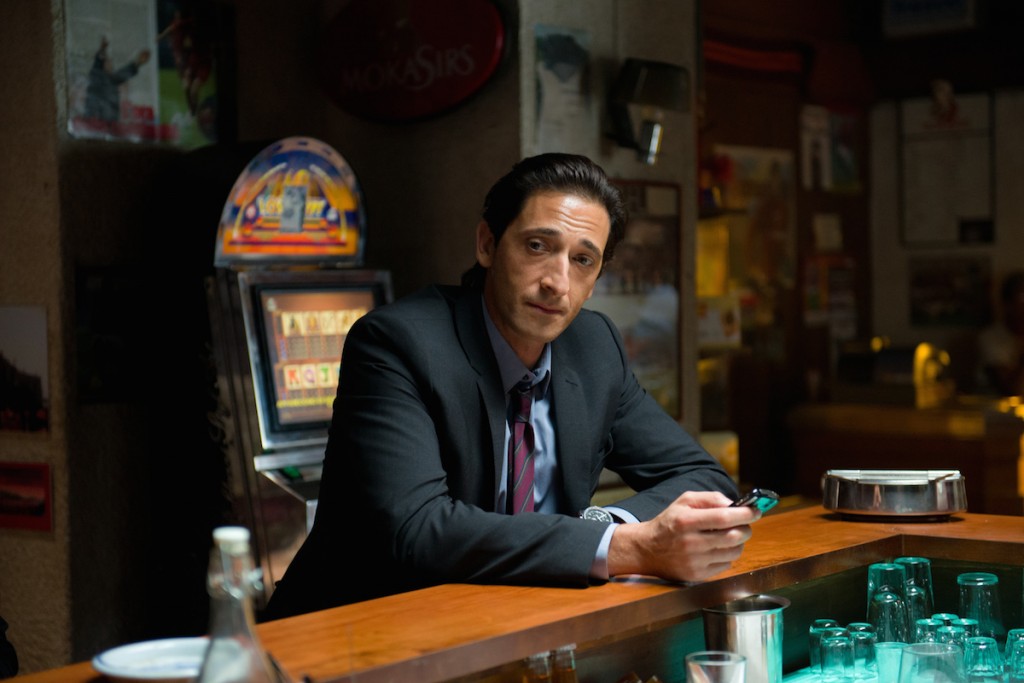 There’s a line in the film, it’s ugly and banal and true: “Do we always know why we do things?” “Yes, exactly. I know. It’s absolutely true. Too often, if we know why we’re doing something, we give the wrong reason. We know it’s not true. In that moment, did that character know? No, but he knew, I guess in his bones, he wanted to be a hero. So he wanted to save the day. Somehow. But do you do it by doing something totally unethical? And being caught? Is that a hero? In this case, he desperately wanted to be a hero.”

There are flashes of writerly self-criticism in the film. I cringe to remember the line Michael’s agent tells him about his first draft, “I was frankly embarrassed to read it. Random characters making excuses for your life!” “Exactly,” Haggis says, laughing. “Absolutely! As I was writing this thing [I thought], are these characters just making excuses for my life? There’s a lot of introspection. This movie took me two-and-a-half years to write for a reason. I kept digging in. I originally wanted the characters to go exactly where I wanted them to go. The more I allowed them freedom, the more they took me to places I felt really uncomfortable with. That’s of course what Michael is doing here, he’s literally following his characters to something he doesn’t want to see.”