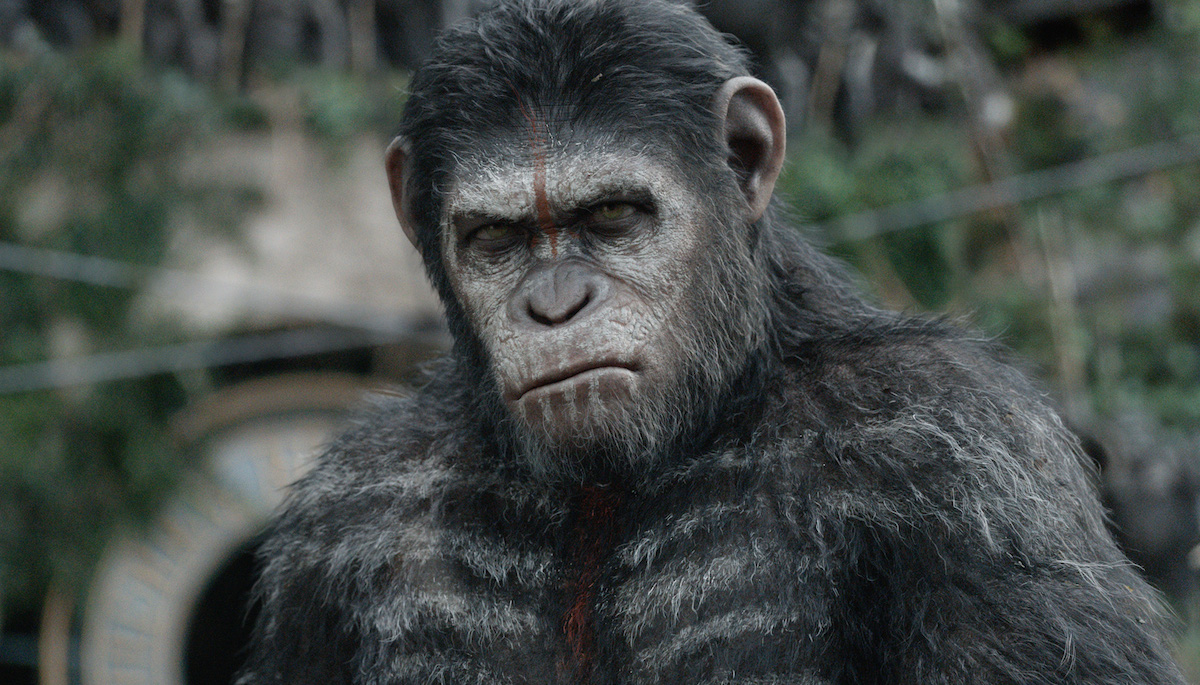 No big-budget action film about one kind of apocalypse or another is complete these days without a rapid-fire, melancholic montage at the beginning, invoking the present day, the beginning of these particular end times. “Snowpiercer,” “Edge of Tomorrow,” “World War Z,” and, of course, the end of “Rise of the Planet of the Apes” (2011). So it goes with “Dawn of the Planet of the Apes.” In a few fleet images atop a murmurous soundtrack, the deed is done, “simian flu” eradicates nearly all of mankind, and ten years have passed. A few humans, led by a former law enforcement officer played by Gary Oldman, are left in the center of San Francisco, while miles away, up in the mountains, under the trees, a civilization of super-smart apes begins to, well, dawn. Matt Reeves’ skills as a director, and orchestrator of talents, show a fantastic advance from “Cloverfield” and the fine “Let Me In.” In the wet, wooded, crepuscular reaches of the forest (largely shot on location in British Columbia and Louisiana), Reeves, production designer James Chinlund (“The Avengers,” “Requiem for a Dream”) and their cohort of CGI technicians create believable, lived-in, desiccated landscapes from which a new world emerges. Reeves draws from older worlds, too, with sequences of apes on horseback drawing from such masters as Kurosawa and his vocabulary of how to shoot figures in motion in forests. But what will anyone talk about? Andy Serkis, correctly first-billed as Caesar, leader of the apes, who elevates the costly art of motion-capture to new heights: grave, soulful… post-human. Complications compound with logic and setpieces both large and small have satisfying strokes amid convenient turns, including a bloody, perfectly Jerry Lewis dumb act an ape uses to fool stupid humans. Michael Giacchino’s propulsive, snazzy score is rich with unexpected textures, especially a few passages reminiscent of the great Lalo Schifrin (“Mission: Impossible”). Seeing “Dawn” after the weekend of the Fourth, when eighty-two Chicagoans were shot and fourteen killed, the screenplay’s intrinsic anti-gun, “ape not kill ape” message resounded with uncommon force. With Jason Clarke, Keri Russell, Toby Kebbell, Kodi Smit-McPhee, Judy Greer. 131m. Widescreen. (Ray Pride)

“Dawn Of The Planet Of The Apes” is now playing.