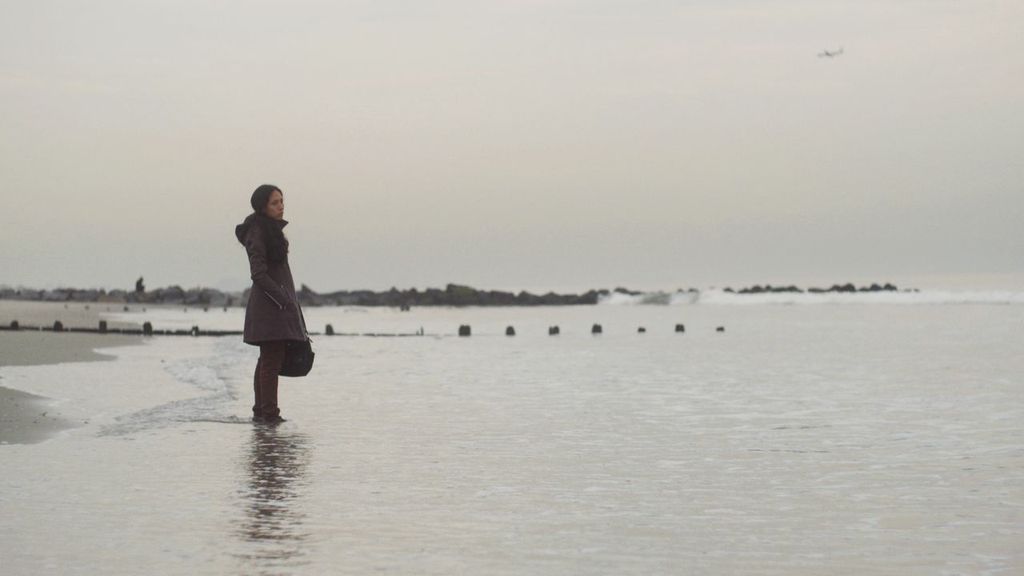 Fragile, autistic thirteen-year-old Ricky (played by nonprofessional Jesus Sanchez-Velez, who himself has Asperger’s), prone to skipping class, takes off after one chiding from Queens’ Rockaway Beach to a circuit of the New York subway, encountering the proverbial mass of humanity even as “Superstorm Sandy” approaches landfall. Sam Fleischner’s “Stand Clear Of The Closing Doors,” shot guerilla-style, captures a rare, teeming intimacy while also invoking the real-life, larger disaster about to hit. (Fleischner’s own neighborhood was demolished by the storm three-quarters of the way through the planned shoot.) The individual behaviors caught and measured make for splendid orchestrated cacophony. There’s another world down there, maybe the world, and Fleischner grabs onto it for dear life. The subway shelters Ricky, its tunneling of cement within the city’s bed of schist protecting him from the growling rush of wind that batters the house where he’s supposed to be with his family. “Stand Clear” is a worthy latter-day successor to Morris Engel’s milestone 1953 “Little Fugitive,” a great film that also took advantage of city streets and the latest technology of its time. 102m. (Ray Pride)