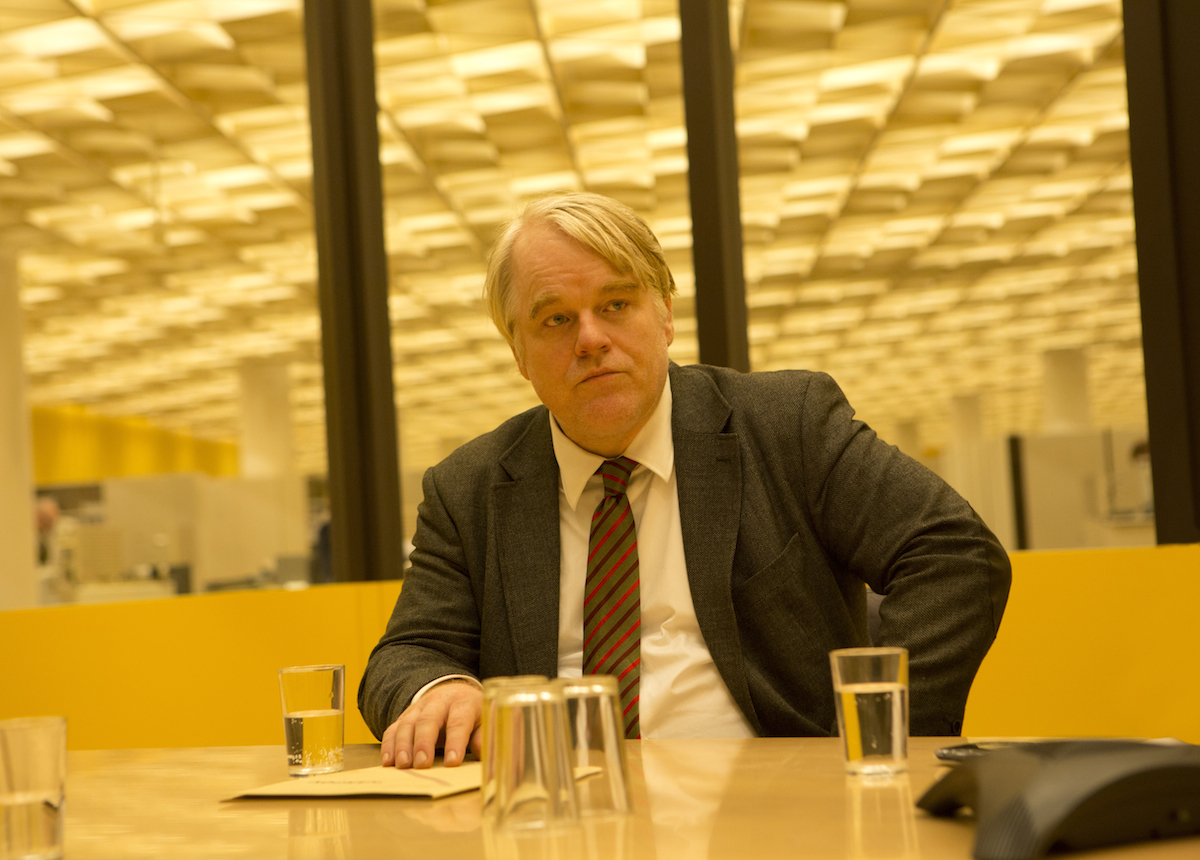 What a seedy man is Günther Bachmann. Embodied, body and sallow soul by Philip Seymour Hoffman in his last completed role, the German secret agent at the center of John Le Carre’s 2008 thriller had a spot of trouble back in Beirut and wound up in Hamburg for his sins, part of a deeply undercover cell of spies that observes and infiltrates the lives of suspected terrorists who might lead them further up the food chain of international bad actors. His superiors, plus a concerned American spy (Robin Wright), want to keep Bachmann on a tight leash, but he wants his counterterrorist team to stay as rogue as can be. There are many melancholic Le Carre-style exchanges, including Hoffman to Willem Dafoe’s banker character. “Which one? The one you want to fuck. She’s too young for you, Tommy. She’s too young for both of us.” (As well as the compact weariness of “Men who trusted you died.”)

But it’s Hoffman’s show, and the sorrow of his abrupt passing soon dissipates in the face of the committed physicality of his performance, which is matched by unusually bright sound design on Bachmann’s every action. Wheezing, slurping coffee, lighting and inhaling cigarette after cigarette, a voice of gravel atop gravel in a pulverizer, as well as a head conking a light standard with cartoonish specificity; a laptop that opens with a sound like a tin cash box; mismatched drain screens that attempt to mesh as Gunther steps across.

The cruelest beauty is a meeting between Gunther and the American. Wright is lovely in the blanching morning light in a café many floors up, overlooking the rivers below, but Hoffman’s unshaven, white-bristled jowls and pale blue eyes turn him spectral, whiter than milk, ruined from within, framed against the arch halation of brilliant fog outside the window not yet burned from the morning skyline.

The sinewy cast of known names also includes Rachel McAdams as a human rights lawyer, Germany’s Daniel Brühl and the great Nina Hoss (“Barbara,” “Jerichow”), Gunther’s second in the workplace. When alone or off to the side of a scene, the pair enact a gentle, nervous dance of collegial familiarity and subtly thwarted desire, a lovely ongoing portrait of fierce, tactile attraction-distraction. The first time we see Hoffman’s hand graze Hoss’ shoulder, it’s almost like a bomb has silently exploded, so graceful and engaged is this so-small, so-refined physical exchange of these two splendid actors.

There are so many soothing, refined elements to the offhand vigor of the visual work by photographer-turned-director Anton Corbijn (“Control,” “The American”), beginning with vital, expressive widescreen compositions, as shot by Benoît Delhomme (“The Proposition”) and deftly arrayed by editor Claire Simpson (“Platoon,” “The Constant Gardener”). There’s nothing perfumed, just superb dashes of detail and décor. (I’d go so far to say that the Dutch director’s Hamburg is nearly as quietly singular as the ground-level Taipei of Hou Hsiao-hsien.) The exploitation of the city and its port, of streetlights and other sources glistening behind solid close-ups of characters in conflict, hark back to movies like Wim Wenders’ Hamburg-set “The American Friend,” (1976), as does the eclectic, broody score by Herbert Grönemeyer. The stellar song selections in bars and other locations include Gang of Four’s “To Hell With Poverty,” on a jukebox in a lumpen bar straight out of early Fassbinder.

The post-9/11 surveillance landscape is convincingly evoked, in detail and workaday cynicism, and world events of the past few weeks snap into place when a character says very early, “Arabs are suffering in Palestine, Afghanistan, Baghdad.” The subject of “A Most Wanted Man” is intelligence, of every stripe. With Grigoriy Dobrygin. 121m. Widescreen. (Ray Pride)

“A Most Wanted Man” opens Friday, July 25 at Landmark Century and other theaters.