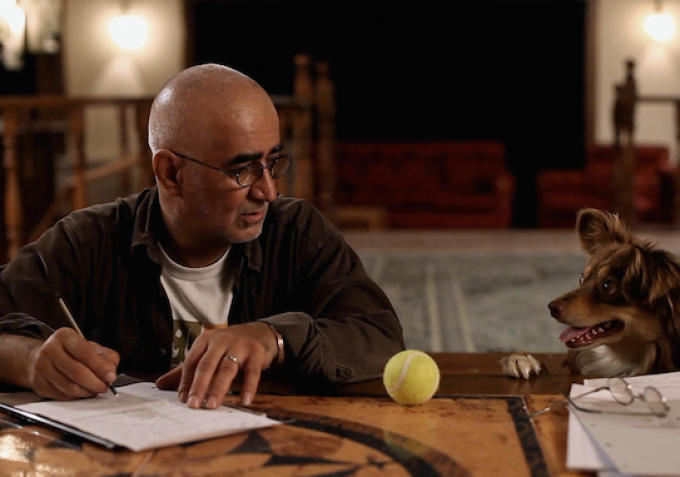 (Pardé) Jafar Panahi, under house arrest, has been ordered by the Iranian regime not to make movies for twenty years (or, to give interviews, a ban that he has also broken). After “This Is Not A Film,” Panahi co-directs his second, forbidden film from internal exile (along with Kambozia Partovi). The first, shot in his Tehran apartment, took on the impossibility of a director not “directing” as part of its allegorical project, while also demonstrating his spirit of resistance. “Closed Curtain,” shot from inside a house along the Caspian Sea, swirls ever more with allegory, comprising a shifting limbo of mingling memories and reenactments and the apparition of what are essentially ghosts of former selves. It’s a deeply sad self-portrait of the inner workings of an artist’s stymied imagination. Frustration, even artistic frustration, is a laborious and painful subject to contemplate, even as an audience member. Nonetheless, Panahi’s stylistic gifts remain on abundant, elegant display, in willful, suspended fury. With Panahi, Partovi, Maryam Moghadam. 106m. (Ray Pride)