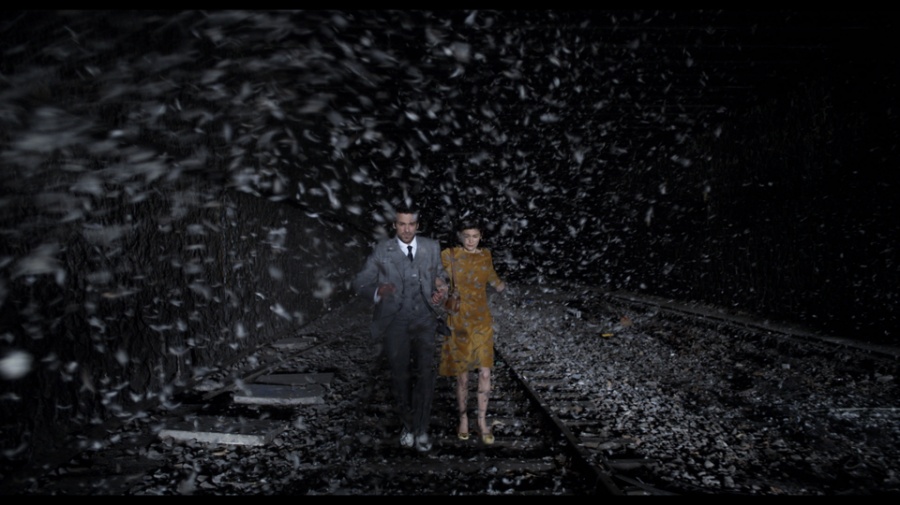 “This feeling of solitude is unfair! I demand to fall in love, too.” Michel Gondry’s latest low-fi gallimaufry of incessant innovation and simple, surrealistic fancy, “Mood Indigo,” is based on a book supposedly known to most French children, Boris Vian’s “L’ecume des jours” (known in Stanley Chapman’s British translation as  “Froth on the Daydream”). It’s a romance atop romances with a star-crossed couple: Chloé  (Audrey Tautou) falls ill when a flower starts to grow in her lungs, and rich, lonely bachelor Colin (Romain Duris) finds he can keep her alive by surrounding her always with fresh flowers. Then heap stop-motion, dream sequences, musical passages, food play, Duke Ellington… Keep heaping. This is Gondry at his most Gondry-esque, for worse and for better. Gondry made this American edit, cutting it down from its 125-minute incarnation at Cannes 2013. With Gad Elmaleh, Omar Sy, Natacha Régnier. 94m. (Ray Pride)