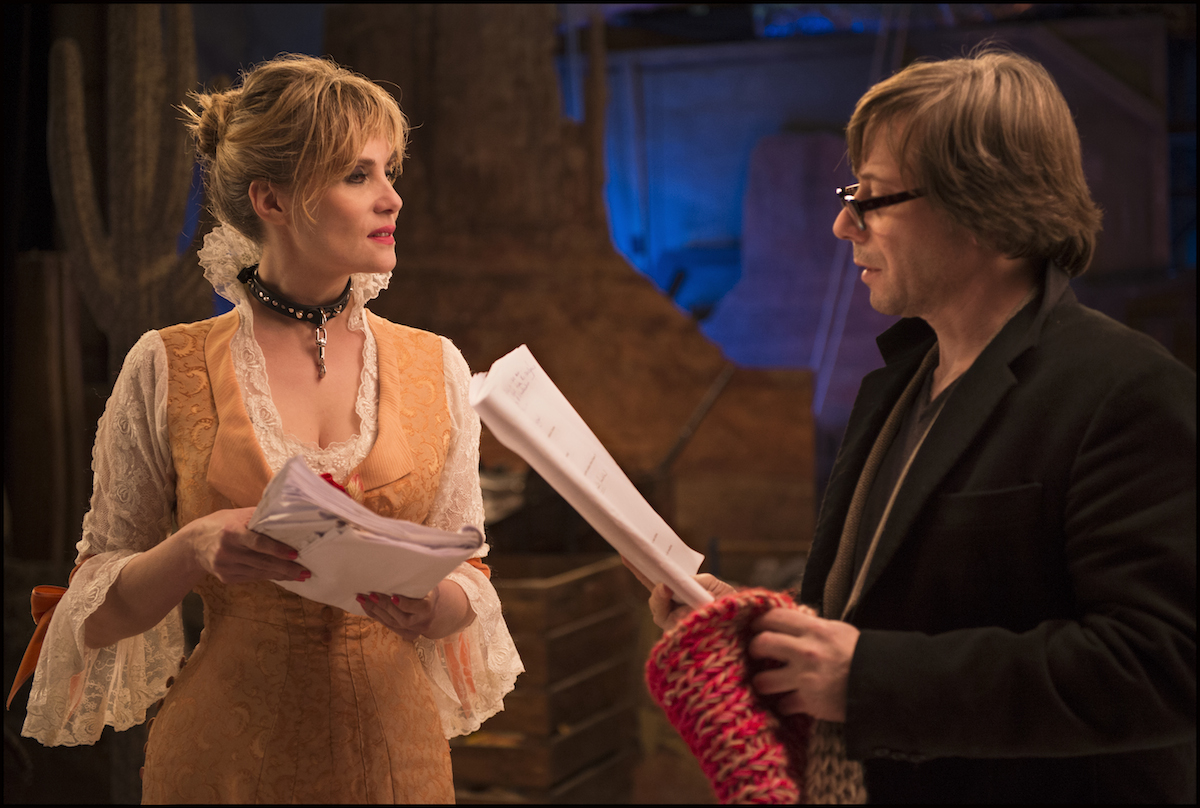 “There is something in sadomasochism which is not dissimilar to theatre,” Roman Polanski ventures in the press kit for his adaptation of David Ives’ “Venus In Fur” (based on Leopold von Sacher-Masoch’s novella). “You become a director in your own fantasies, you play a part, you get somebody else to play a part. That theatricality is something the film plays with, that play within a play: a place where domination and submission, theater and real life, characters, reality and fantasy, all meet, switch places and blur boundaries.” While “Venus In Fur” takes place almost entirely within the confines of a single theater stage, even Polanski’s other movies, in larger, wider worlds, also sally with subterfuge, consider the shimmering of identities, the salvage of self by throwing oneself wholeheartedly into what seems the annihilation of oneself. So? Polanski, like many a great artist, is also a great narcissist and in the end, the work is about himself. Or in this case, his wife of twenty-four years, Emmanuelle Seigner, arriving in a lightning storm, late to an audition, embodying the vitality of the character she is about to read, and for the play’s director, sex itself. The director is played by Mathieu Amalric (“The Diving Bell And The Butterfly,” “Kings & Queen”), kitted out to resemble Polanski even more than he does at first glance. Man, woman, it’s a dance, a battle, a chamber play about one battle of the sexes. But it’s also about the composition, the cut, a cinematically clinical dissection of self-delusion. As the pair comport themselves between the play’s text and their differing interpretation, Polanski ruthlessly makes unsentimental play of their fevered, increasingly furious attraction. Carnage ensues. 96m. (Ray Pride)

“Venus In Fur” opens Friday, August 15 at the Music Box.