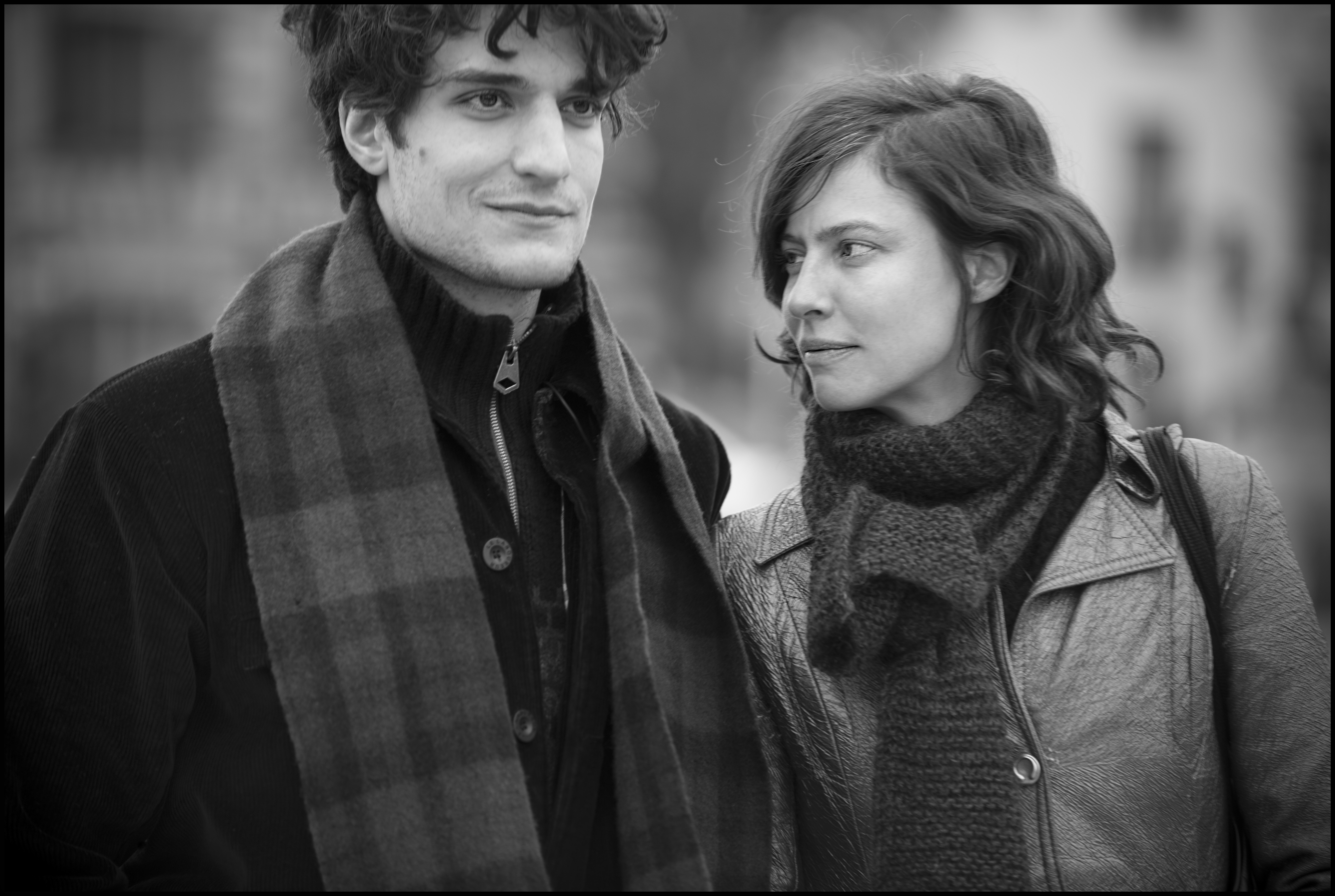 (La Jalousie) At the age of sixty-five, Philipe Garrel’s bittersweet wisps of black-and-white found love and lost love grow ever more specific and tender. The charcoal-rendered “Jalousie” is one of his best, in a recent run of fine work, beginning with 2004’s “Regular Lovers,” “Frontier of Dawn” (2005) and “That Burning Summer” (2011). The closer the films approach mere sketches, the more languid, yet electric they become. The widescreen images by eighty-year-old Willy Kurant (“Masculin-Féminin,” “The Immortal Story,” “Pootie Tang”) are gloriously simple, timeless in their open but specific framing. It’s geometry as suffering. Garrel identifies the look this way:  “For my preceding film, ‘That Burning Summer,’ which is in color, I asked Willy Kurant for a gouache effect, rather than an oil paint effect like most color images in cinema. And here, in black and white, I asked him for charcoal, rather than black pencil.” The story is French as can be: a man is torn between two women, as well as a young daughter, but mostly he’s torn between two forms of vanity. Rather than the conceit of his thirty-year-old model-handsome son Louis playing a younger version of his own self, Garrel has him enacting a modern-day version of a story from an affair in the life of his own actor father, Louis. He’s a penniless theater artist living in a garret. The woman he leaves his wife and daughter for (Anna Mouglalis) loves him, but knows richer men. The exchanges resonate as acted more than on paper: “After a few days without you, I go nuts, I lose it. If one of us ever cheats, do we say so?” he asks. “You’re so complicated,” she teases dryly. “I’m not. I’d rather know. You’d rather not?” he asks. “I just need you to love me. Love me. And for us both to be happy,” she responds. A pause. “We’re happy, you think?” “I think we’re perfectly happy. I think it’s pretty ideal, even,” she says. “Me too, then.” Pretty ideal: for her. He swoons prettily, swoons even more prettily when he tells his fellow actors at a rehearsal, “If she left, I’d blow my brains out.” His friends have no mercy: “Our young Werther.” Later, his mistress says, “I can handle being broke, but not poor,” and later still, she surprises him with the display of a large, bright apartment being restored. “He must love you to give you this,” he says of the other man. “This is nuts. You don’t even deny it!” She’s Gallic savoir-faire through and through. “We’re here to have as full a life as possible.” A man, he’s still elementally a boy: “Imagining you with another guy hurts.” “Don’t imagine it,” she says in her raspy voice, notably off-camera, “Enjoy it when we’re together. Forget it when we’re not. When I’m with you, I want to be.” He stares, struck. “Why are you trying to hurt me? Why do you want to hurt me?” “I don’t want to hurt you,” she says, “I thought you’d be happy.” The floorboards of the unfinished apartment creak. That sound is like the roar of an ice floe breaking off, small, mouse-tiny, yet it’s like the calving of a glacier. That split-second is cinema. That split-second is the rending of two hearts. Plus, the never-mastered lesson, pride kills. Or pride, at the very least, mixed with a toxic cocktail of self-pity, will make you want to harm yourself. Call it a masterpiece: I am. With the galvanically charismatic Olga Milshtein as the bright, questioning, irresistible daughter, and the roundest character; Rébecca Convenant, Esther Garrel. 77m. Widescreen. (Ray Pride)