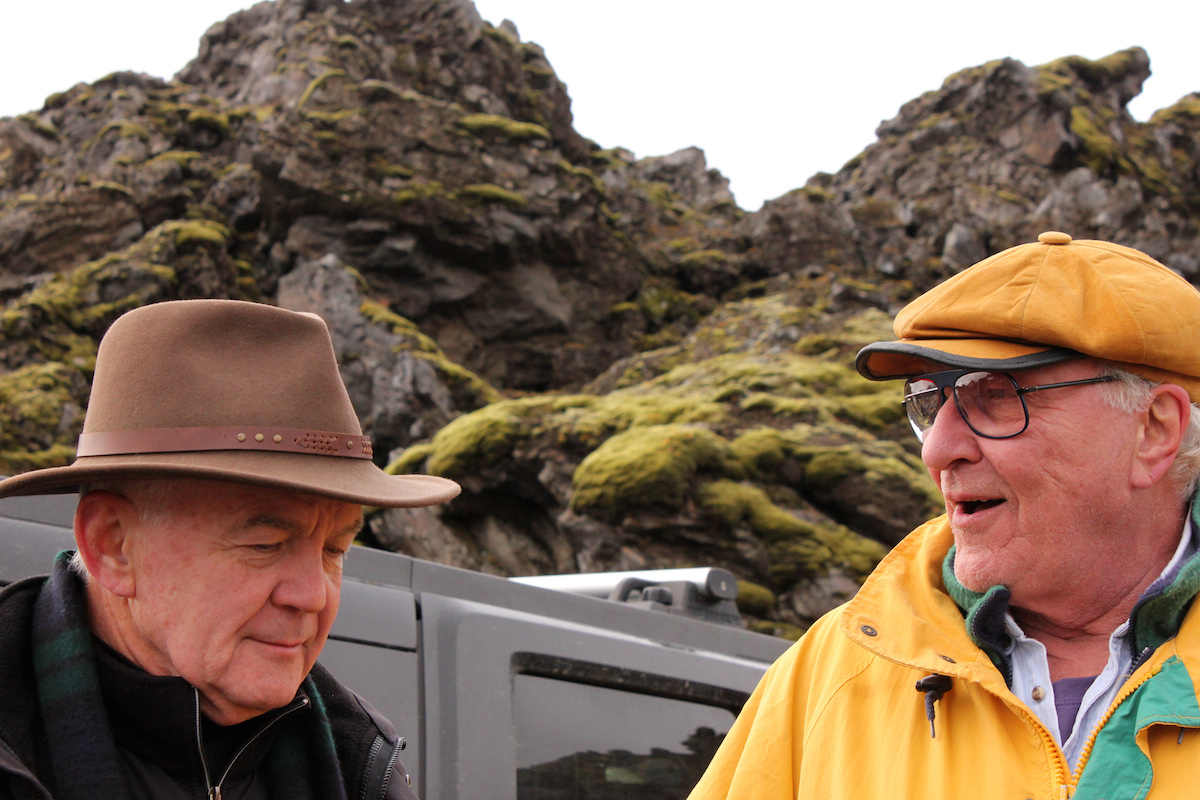 Martha Stephens and Aaron Katz’s understated “Land Ho!” propels a couple of older men, former brothers-in-law, on a late-in-life adventure in the wilds of Iceland. Or is that the “milds of Iceland”?  Colin (Paul Eenhoorn, “Martin Bonner”) and Mitch (Earl Lynn Nelson, “Passenger Pigeons,” “Eastbound and Down”) are very different men. Colin’s a mild Australian, Mitch a boisterous teller of tall tales and vulgar jokes. But each brings something out of each other in the craggy, punishing landscape, with happily unexpected results. The comedy arises from the personalities of the characters (and reportedly, the actors’ own lives) rather than their circumstances, creating a sense of both verisimilitude and sincerity. The men are late in life, but “Land Ho!” is no bucket-list gag fest. Cinematographer Andrew Reed shot Katz’s two most recent features, both lovely, “Quiet City” and “Cold Weather.” Stephens and Katz avail themselves of the landscape of Iceland, but not in touristic fashion. There’s also a detour to one of the best restaurants I’ve ever had the fortune to dine at, Reykjavík’s Dill, a “new Nordic kitchen” that could readily be mocked, but instead is patiently revealed in a dinner scene, just one more of the many invigorating courses of life that Colin and Mitch witness. “Land Ho!” brims with warmth, as well as a brilliantly timed geyser eruption. 95m. (Ray Pride)

“Land Ho!” is now playing at the Music Box.