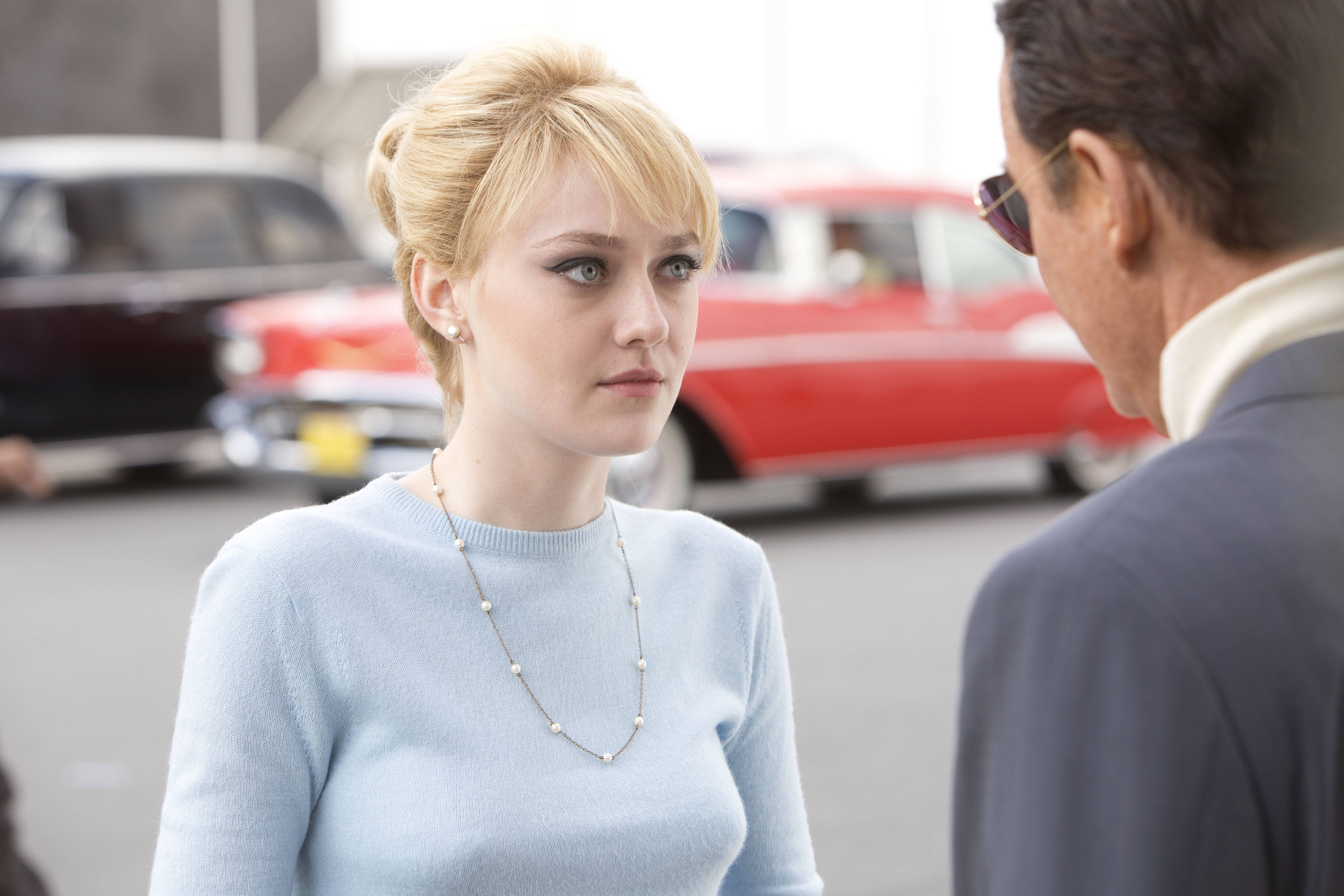 “The Last Of Robin Hood,” directed by Richard Glatzer and Wash Westmoreland (“Quinceañera,” “The Fluffer”) is a genteel swatch of Todd Haynes-lite, appropriate considering that Haynes is one of the fifteen credited producers, along with Killer Films’ Christine Vachon and Pamela Koffler. (A&E Networks and Lifetime are behind the production.) A decade-long project, “The Last” portrays the February-December romance between fading swashbuckler Errol Flynn (Kevin Kline) and fifteen-year-old aspiring actress Beverly Aadland (Dakota Fanning), facilitated by her stage mom Florence (Susan Sarandon). Glatzer and Westmoreland explain their approach: “We made no justification for it and neither did we want to pass judgment. We simply wanted to show what Beverly experienced and what Florence and Errol went through—their understandings, delusions, manipulations, flaws, hopes, dreams and fears.” Methodically, coolly, that’s just what the film does, never rising to full fever. Where melodrama should be indicated, we’re only offered mellow drama. The script is laced with literate, sometimes clever barbs, including Flynn’s attempt at wry: ““I’m too old for her, but she’s not too young for me.” Kline plays Flynn as a concatenation of jitters, fearful not only of fading but of death; Fanning is steely yet bright-eyed, and Sarandon flutters meaningfully. Cinematographer Michael Simmonds (“The Lunchbox,” “Goodbye Solo”) brings a bright wash of 1950s color design to each scene. To compound the gentility, the ending is a lightly touching variation on the last moments of Robert Bresson’s “Pickpocket.” 90m. (Ray Pride)